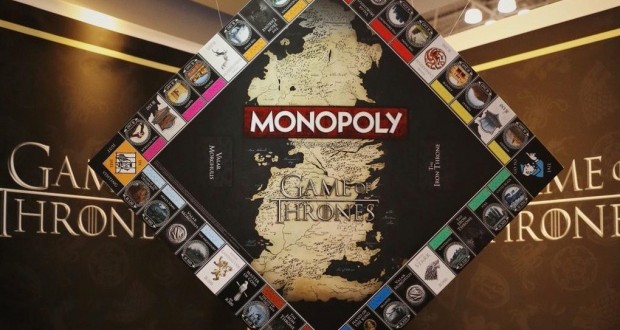 According to The Guardian, HBO announced that Game of Thrones Monopoly will be available already this year. In the United States it will cost $60.

"Players will be able to snap up Craster's Keep (Old Kent Road) and the Fist of the First Men (Whitechapel) for a song, or collect the debts of the landed gentry in King's Landing (Mayfair) for the cost of an Iron Throne," the article informs.

"Vie to hold dominion over the realms of men in the Game of Thrones Collector's Edition of Monopoly," said HBO. "Featuring infamous locations from the original dramatic television series, including Castle Black, Winterfell and King's Landing, players will buy, sell and trade their way to sit atop the Iron Throne."

"Playing pieces will include a dragon egg, a three-eyed raven, a white walker, a direwolf, a crown and the Iron Throne. Villages and keeps replace the iconic green houses and red hotels," The Guardian writes.

Unlike many ordinary games, "violance-saturated" game of Thrones carries a recommended age of over 18.