Home / Tech / Scientists believe 20% of Mars were covered with ocean

Scientists believe 20% of Mars were covered with ocean

Shares
About 4.5 billion years ago, on the surface of Mars was so much water that it would be enough to cover the entire surface of the planet with a depth of 137 meters. 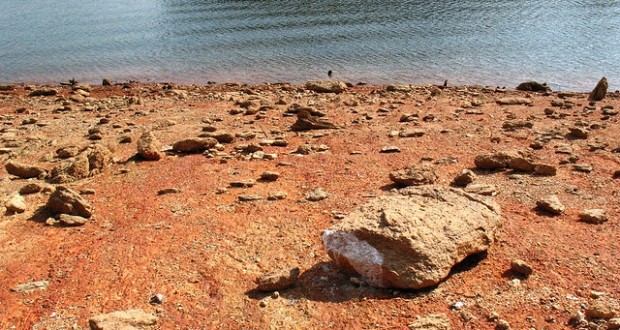 NASA experts believe that in the distant past, almost the entire surface of the northern hemisphere of Mars hosted to a body of water, The Verge reports.

The new findings come from a team of researchers who collected data via three large telescopes on Earth: the European Southern Observatory's Very Large Telescope in Chile, and the Keck II telescope and NASA Infrared Telescope Facility in Hawaii. The scientists measured the amount of water and the amount of HDO — water's heavier form — in Mars' atmosphere.

The test was similar to measuring the separation of oil and water, one of the study's authors, Geronimo Villanueva, told The Washington Post. "If you're losing material — which the atmosphere of Mars has been doing since it was formed — you'll lose more of the light material first," he said.

By measuring the ratio of H2O to HDO against their atmospheric rates of escape over nearly six years, the researchers were able to determine the planet's water content billions of years in the past. The research also indicates that Mars once contained several regional atmospheres and a climate divided into seasons, the author writes.

It's not news that water once existed on Mars. In 2013, grooves and slopes in the planet's surface hinted at recent water flow and last year, findings by NASA's Mars Curiosity rover suggested the planet's 96-mile-wide Gale Crater was once the location of a massive lake. But today's findings suggest that Mars' water supply was not fleeting. That Mars once hosted such a large body of water implies the planet may have been habitable for much longer than previously thought.