Shares
Development department of The New York Times newspaper has presented a smart table, able to listen to conversations and record the most significant moments of meetings and interviews. 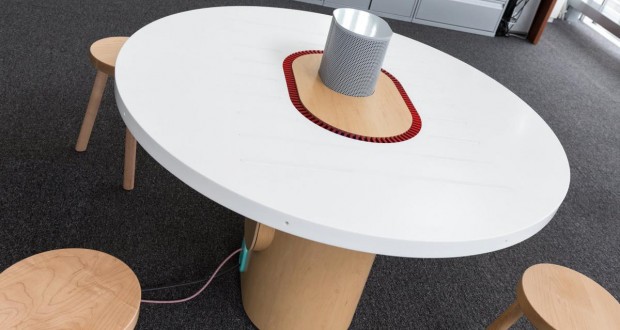 The invention looks like an ordinary table, but has some additional devices. It is equipped with a microphone and application that detects speech and automatically converts it into written text, and then stores it. Also, there are sensors in the form of strips that react to pressing. Pressing on it at any point of the conversation will automatically mark it as an important one. Later, the whole conversation is converted into digest format, which can be viewed on a tablet or smartphone. The system automatically removes all the conversations after four weeks and has a special button that allows to turn off recording.