Shares
The first 3d-printed skull is already in use. 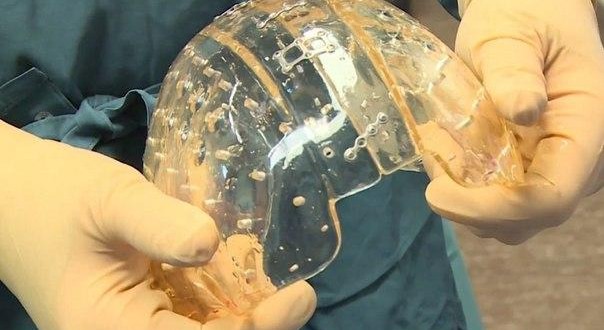 A young 22-year-old woman from the Netherlands had suffered from chronic bone disease. The girl, whose name wasn't released, had her skull thickened and increased by 5 centimeters. This led to headaches and visual disturbances, NBC News reports.

The scientists printed a 3D plastic skull especially for the sick girl. The implant was being set for 23 hours. The operation was successful and helped the patient. All the symptoms disappeared, and she fully recovered.