Home / Tech / Russian Progress spaceship to crash off the coast of U.S.

Russian Progress spaceship to crash off the coast of U.S.

Shares
Russian spacecraft "Progress" will presumably fall on May 8 on the Pacific coast in the United States. 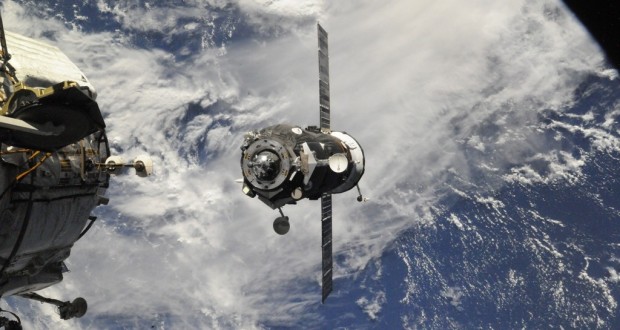 The Russian Progress spacecraft, or rather its debris, is likely to fall on May 8 on the Pacific coast in the United States. It is reported by the Joint Space Operations Center of the U.S. Strategic Command, Joinfo.ua reports with reference to the Russian media.

According to the information published, the Progress spaceship will appear in the dense layers of the atmosphere and will cease to exist at about 4:30 p.m. Moscow time on May 8.

It will happen at the 167th flyby of the spaceship around Earth. The possible area of fall is the point with the coordinates of 35 degrees North Latitude and 113 degrees West Longitude – close to the Pacific coast of the United States.

Earlier, the Russian Federal Space Agency, Roscosmos, announced that the spaceship would fall in the period from May 5 to 7. According to employees of the Russian Space Agency, the exact location of possible fall of the debris, not burnt up in the atmosphere, will be known not earlier than a day or two before it.

The remains of the Russian spacecraft will likely fall on May 8 on the Pacific coast of the United States.

It should be recalled that the Progress M-27M truck launched from Baikonur on the Soyuz-2.1a rocket on April 28, 2015 failed to dock with the ISS at the scheduled time. Inadequate telemetry, incorrect launch of the device into the orbit, and uncontrolled rotation around its axis were named as the reasons for problems hindering the implementation of Progress' tasks.

Everyone who cares about the fate of the Progress spacecraft can watch its trajectory and fall here, on the map with the orbit line.