Shares
Modern discoveries lead to the fact that there appears a cheap and environmentally friendly source of energy. 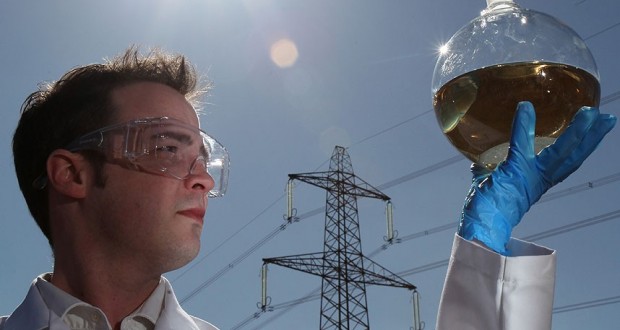 Modern discoveries lead to the fact that there appears a cheap and environmentally friendly source of energy. Such a source was invented by German scientists, Joinfo.ua reports.

Thus, engineers at the Audi automaker and Global Bioenergies Company invented a method of generating high-quality motor gasoline with the octane rating of 100, without using oil.

This fuel has been called e-benzin. According to the devs, it is "one hundred percent isooctane." That is, it does not contain sulfur impurities, so it burns completely clean and does not emit a single gram of harmful elements in the atmosphere.

So far, e-benzin is not used at traditional gas stations, but it is the start of the revolutionary era. Now the resulting product is being tested in laboratories and in real internal combustion engines.

Also, engineers are working on the transformation of production technology in the hope to abandon biomass completely. In a short time the synthesis of gasoline will need only water, hydrogen, carbon dioxide and sunlight.

In addition, scientists have recently begun to produce e-diesel and e-gas (synthetic methane) and develop e-ethanol. The company is aimed at paving the way for "green" economy, which will not use oil and natural gas, as well as save the atmosphere from harmful emissions.