Shares
The Icelandic orthopedics company Ossur has made a breakthrough in the field of bionic prosthetics. 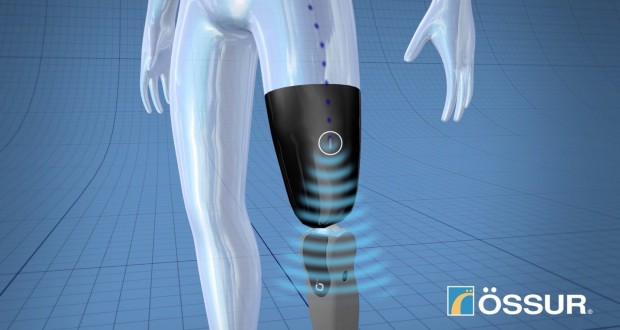 The Icelandic orthopedics company Ossur has made a breakthrough in the field of bionic prosthetics. The doctors say that during their studies they found out that a bionic limb was able to be controlled by the same muscle impulses that controlled the real appendage, Motherboard informs.

According to lead researcher Dr. Thorvaldur Ingvarsson, patients "will no longer need to think about their movements because their unconscious reflexes are automatically converted into myoelectric impulses that control their Bionic prosthesis."

"The breakthrough technology is Ossur's implantable myoelectric sensor (IMES). An array of these sensors surgically implanted beneath the skin pick up muscular commands bound for the phantom limb. Those impulses are converted into digital messages which are then transmitted wirelessly to receivers in the artificial limb," the article reads.

It is reported that such bionic limbs may be used by patients, who had their limbs amputated a long ago, not forcing them to re-learn how to move.

It should be recalled that recently, at the AAAS' conference in San Jose was presented an incredible creation of optics engineers – telescopic contact lenses.