Shares
Technologies are developing, and every day we have to give them more time. Soon the day will come when every minute, wherever we will be and whatever we will be doing, we will be tied to your phone. 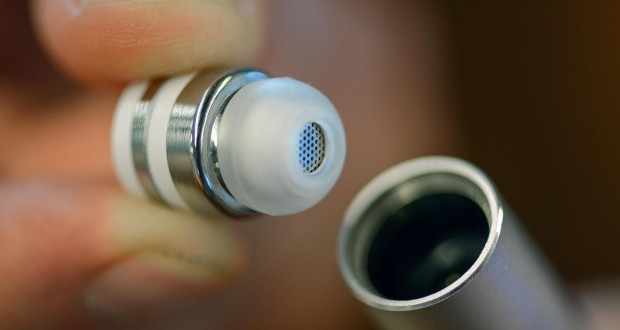 On Kickstarter, Dot Project has collected almost 10 times more money than it needed to lauch the production. This December customers will be able to get their tiny wireless ear buds, which are barely visible in the ear. This is not the first such invention, but there is something that makes Dot special and unusual.

Each Dot ear bud is only 3.5 grams. At the same time it can play music over 6 hours, serve as a headset for calls for about 9 hours and be in the standby mode for 80 hours. The ear bud is equipped with two microphones and, as you can guess, it connects to your smartphone via Bluetooth. Dot headset has a button with a single touch for calls, and a long touch for Siri.

If you want to listen to music with this compact headset, you will surely need a set of Dot Stereo, which has two ear buds. Dot is supplied in a case, which is used for not only transportation, but also for charging the headset. The accessory turned out to be handy and cheaper than its analogs. Dot Mono will cost $ 99, while the Dots Stereo will go for $ 149.