Shares
Brazilian scientists have discovered a Jupiter-like planet spinning around a twin of the Sun. 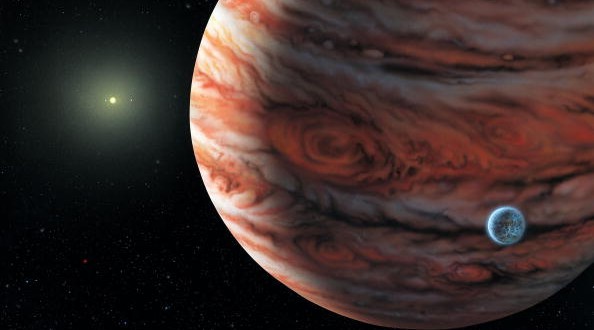 Brazilian scientists have discovered a star system that is very similar to ours. Using the superpower HARPS telescope, they discovered a planet resembling Jupiter by its mass orbiting a Sun-like star.

The “new planet has a mass similar to Jupiter and orbits a star with characteristics similar to the sun,” G1 said, citing Jorge Melendez, an academic at the University of Sao Paulo who led the team that made the discovery.

Melendez said the discovery was made possible thanks to the High Accuracy Radial velocity Planet Searcher, or HARPS, telescope at the European Southern Observatory (ESO) in northern Chile.

In a “Science Release” titled “Jupiter Twin Discovered Around Solar Twin,” the ESO said “the existence of a Jupiter-mass planet in a Jupiter-like orbit around a Sun-like star opens the possibility that the system of planets around this star may be similar to our own Solar System.”

Melendez, who also coauthored the paper on the discovery, said “the quest for an Earth 2.0, and for a complete Solar System 2.0, is one of the most exciting endeavors in astronomy. We are thrilled to be part of this cutting edge research.”

The new planet mirrors the mass of Jupiter and its distance from the Sun. The star orbiting the planet, which was called HIP 11915, has the same mass, composition and age as that of the Sun.