Shares
The discovery of another solid-rock exoplanet, which is 1.6 times bigger than the Earth, was confirmed by scientists and astrophysics using NASA's Spitzer Space Telescope. 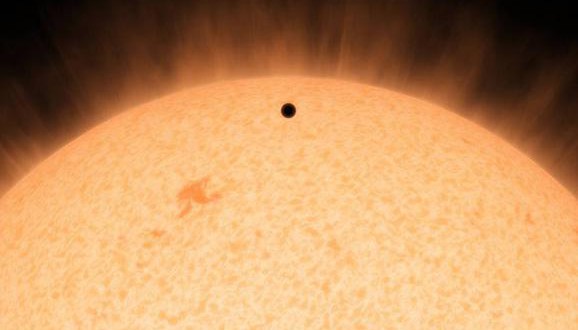 The discovery of another solid-rock exoplanet, which is 1.6 times bigger than the Earth, was confirmed scientists and astrophysics using NASA’s Spitzer Space Telescope. It was reported on the website of the comic agency,  Joinfo.ua reports.

The HD 219134b exoplanet was discovered in the Stellar System, located in the constellation of Cassiopeia, and it rotates to the orbit that is quite close to its star, which greatly reduces the chances to find life on the planet.

Meanwhile, astrophysics emphasize that the very exoplanet is located in our Solar System closer than other exoplanets already discovered.

“Most of the known planets are hundreds of light years away. This planet is practically our neighbor,” said astronomer and co-author of the discovery Lars Buchchave from the Harvard-Smithsonian Center for Astrophysics.