Shares
Google launched OnHub, its own Wi-Fi router which is designed to be easy to set up, manage, and be highly efficient all for the price of $199. 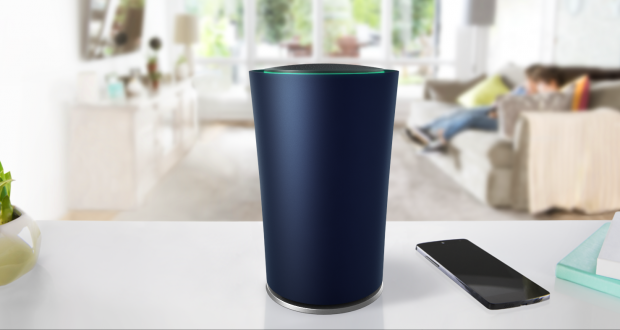 Google employees have probably grown tired of buggy Wi-Fi routers, so they decided to create one themselves. So, Google launched OnHub, a Wi-Fi router, in partnership with TP-Link, Joinfo.com reports, in reference to Mashable.  New router is already available for preorder for $199.

Google thinks there are benefits to this design: In its announcement post, it explains many people keep unsightly routers hidden away under desks and behind TVs where they don’t work as well. If the router is more pleasing to the eye, Google says, people will be more likely to keep it out in the open. A win-win.

In terms of design, the OnHub doesn’t really look like any router before it. It eschews the usual antennas, wires and blinking lights for a large cylindrical shape with just one large light at the top.

Within the cylinder are 13 antennas, 12 for signal and one for checking the signal congestion in the area. Apartment dwellers fighting their neighbors for a decent connection should be excited about that congestion antenna.

Replacing your old router’s blinking lights is an Android/iOS app called Google On, which helps you set up and manage your Wi-Fi network. OnHub will find your phone using audio the first time you set it up. The app will save your password and let you send it as a text to guests, so you don’t have to frenetically search for a sticky note in your drawers.

You can even use it to “prioritize” devices, giving some more bandwidth than others. This reporter definitely won’t use that feature to throttle his roommates.

The router will automatically update its software and is designed specifically to work with Internet of Things devices. Google says this router is only the first OnHub device and is working on another with Asus, which is planned to debut later this year.

Earlier this year Google has announced that it will start providing it’s own mobile services.