New video of UFO: Bangkok residents shocked by a huge ball of light appearing from nowhere

Shares
A new video of UFO showing a huge luminous ball was recently published online. According to ufologists, it was space debris, which entered the atmosphere of Earth. 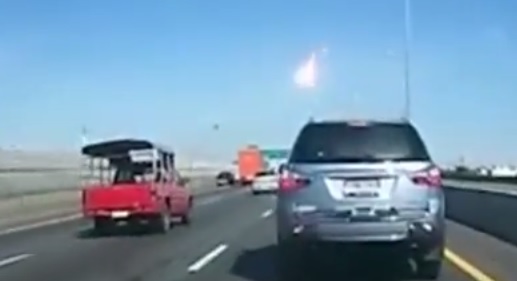 A new video of UFO showing a strange unique phenomenon in the sky above Thailand, was published on the web. In Bangkok, at about nine in the morning local time, people were able to see a fireball flying to the ground at a very high speed, leaving a line of white smoke behind it, Joinfo.ua reports.

Affected people were in shock and on the Internet appeared several videos where the authors note that it might be a meteorite that flew over Bangkok.

Еhe management of the Civil Aviation of Thailand reports that no incident at this time was observed. Experts believe that the fireball could be just some space junk.