Shares
Researchers at University of California, Berkeley created invisibility technology that can make things disappear just like in wizard’s world 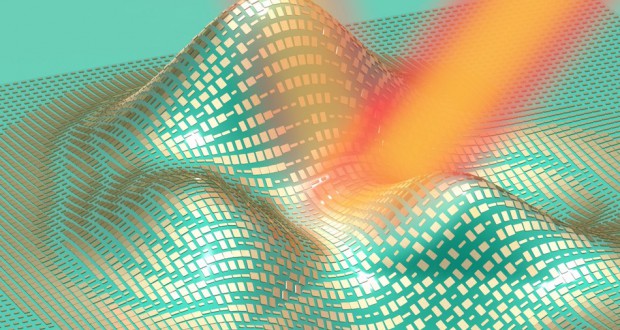 Scientists have been able to creat invisibility technology that made a small object disappear using an ultra-thin invisibility skin cloak, Joinfo.ua reports with the reference to Mashable.com

Researchers at University of California, Berkeley, made a small object disappear using an ultra-thin invisibility skin cloak — just 80 nanometers thin. It’s the first time scientists have been able to achieve this illusion using their technique.

The cloak is made up of tiny gold brick-like “nanoantennas” that reroute light waves away from the object, making it functionally invisible. While the cloak itself is 2D, it can cover a 3D object.

Previous cloaks were bulky in design. But this cloak, at 80 nanometers thin, could be wrapped tightly around an object and leave it free from optical detection.

The so-called “metasurface” of the cloak was designed so that light hitting it “would be the same as that of light reflected from a flat mirror,” according to the team’s research. The study, modestly called “An ultrathin invisibility skin cloak for visible light,” was published in the journal Science.

Because the reflected intensity is close to that of a mirror, not only is the object undetectable, but so is the cloak. “As long as the metasurface is designed correctly,” the study says, “both the container and the objects inside the container will become invisible.”

Unlike previous attempts at an invisibility cloak, this design is scalable — able to cover larger objects without increasing the thickness of the cloak, and able to conceal objects that have sharp edges and peaks. “Maybe in the future, people can use this as decoration or a wearable,” Xingjie Ni, an assistant professor at Pennsylvania State University, who conceived the research idea and led the team, told Mashable.

It should be recalled that a group of creative Japanese students from the University of Tokyo presented a robotic arm (already the third version), that overcomes a human in the popular game of Rock-paper-scissors.