Shares
A new UFO video was filmed near the Russian border over the Baltic Sea. On the video you can see a cluster of three orange objects hovering in the air 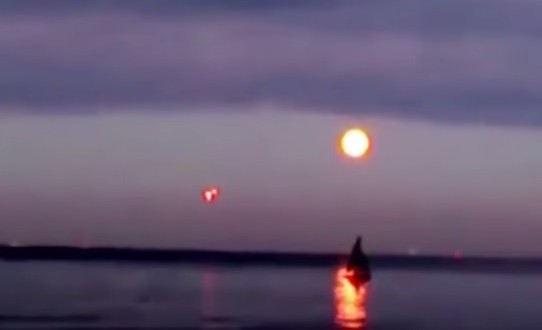 According to the author of a new UFO video this happened over the Baltic Sea near the Russian border. The video shows a cluster of three orange objects hovering in the air, Joinfo.ua reports.

However, there is no explanation as to why there was three different light dots.

Conspiracy theorists, in turn, suggest the video shows a secret Russian military equipment tests during the trainings. This, in their opinion, indicates constant flights of the Russian Armed Forces aircrafts over the Baltic Sea.

It should be recalled that earlier in Bangkok, people saw a fireball flying to the ground at a very high speed, leaving a line of white smoke behind it. According to ufologists, it was space debris, which entered the atmosphere of Earth.