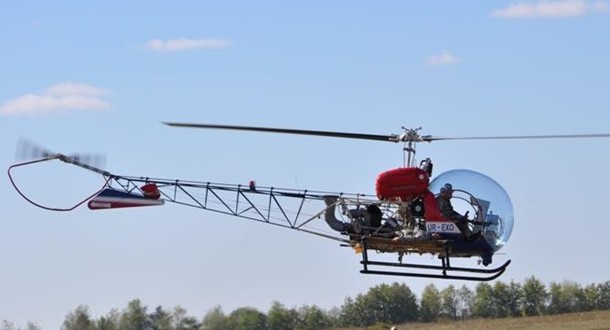 The helicopter is designed for quick evacuation of the injured security personnel, for transporting of specialists to the scene, as well as patroling the area and carrying out search and rescue operations, Joinfo.ua reports with the reference to the press service of Ukroboronprom. The flying vehicle has three seats in the cabin and two specially equipped evacuation boxes and can lift loads of up to half a ton. It is also equipped with light weapons. “Lev-1” was designed on the basic of helicopter Bell-47, has an engine GTD-350, the same as in the MI-2V, and works on the single-rotor scheme with the tail rotor. The machine has a unique possibility to fly at low altitude, that the low level of noise and a small area of ​​the lateral projection eliminates the probability of detection and destruction by the enemy.

It should be recalled that Ukroboronprom expands cooperation with foreign partners in order to modernize production and enhance combat readiness of Armed Forces of Ukraine. Ukrainian army will soon receive a combat drone with a wingspan of 14 meters, able to independently find and destroy targets.