Shares
Ukraine will put a new sniper rifle on production line. The weapon has a large caliber and maximum range of more than 2 kilometers 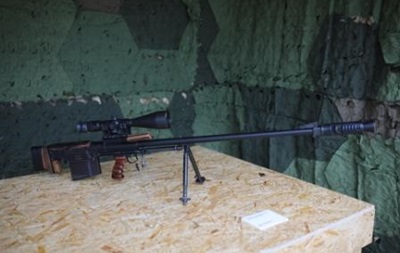 Experts of Mayak plant, which is part of the state enterprise Ukroboronprom, have developed a new domestic large-caliber sniper rifle, Joinfo.ua reports with the reference to Ukroboronprom.

The plant is ready to produce the necessary number of rifles for the Ukrainian army immediately after passing it into service.

New development has been highly estimatedby the militaries during her presentation at the XII International Trade Fair “Arms and Security 2015” on September 22-25.

It should be recalled that Ukroboronprom expands cooperation with foreign partners in order to modernize production and reinforces the Armed Forces of Ukraine with impact drones and invisibility camouflage. Thus, Antonov Design Bureau in cooperation with Polish WB-electronics made an impact drone on the basis of Ukrainian aircraft, which has a wingspan of 14 meters and able to independently find and destroy targets.