Home / Tech / Era of free clean energy is near – expert

Era of free clean energy is near – expert

Shares
Renewable clean energy will become affordable to the people all over the world, and it will be unlimited - expert 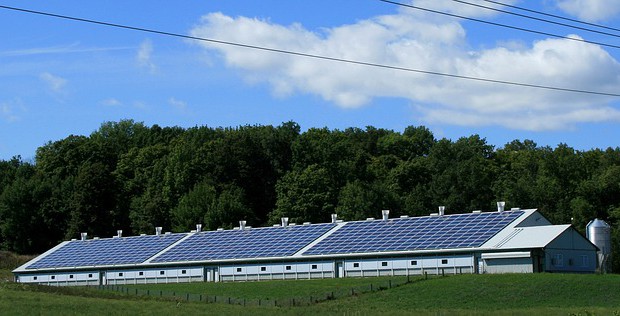 Vivek Wadhwa, director of research at Center for Entrepreneurship and Research Commercialization at Duke, expressed an opinion, according to which the renewable clean energy will become affordable to the people all over the world, and it will be unlimited, Joinfo.ua reports with the reference to The Washington Post.

For the present day solar power supplies, Wadhwa sais, cover only 1 percent of the world’s energy needs.  The experts say that solar energy systems are inefficient, too expensive, and unreliable. They also will fail without government subsidies.  Solar will be as ubiquitous as cellular phones are.

“In places such as Germany, Spain, Portugal, Australia, and the Southwest United States, residential-scale solar production has already reached “grid parity” with average residential electricity prices.  In other words, it costs no more in the long term to install solar panels than to buy electricity from utility companies.  The prices of solar panels have fallen 75 percent in the past five years alone and will fall much further as the technologies to create them improve and scale of production increases.  By 2020, solar energy will be price-competitive with energy generated from fossil fuels on an unsubsidized basis in most parts of the world.

Along with the solar energy people use more and more of the power of wind, biomass, thermal, tidal, and waste-breakdown energy, and research projects all over the world are working on improving their efficiency and effectiveness.  Wind power, for example, has also come down sharply in price and is now competitive with the cost of new coal-burning power plants in the United States.  Further development of technologies will accelerate the progress.

Despite the skepticism of experts and criticism by naysayers, there is little doubt that we are heading into an era of unlimited and almost free clean energy.  This has profound implications.

Countries such as Germany, China, and Japan are leading the charge in the adoption of clean energies.  Solar installations still depend on other power sources to supply energy when the sun isn’t shining, but battery-storage technologies will improve so much over the next two decades that homes won’t be dependent on the utility companies.

The environment will surely benefit from the elimination of fossil fuels, which will also boost most sectors of the economy.  Electric cars will become cheaper to operate than fossil-fuel-burning ones, for example.  We will be able to create unlimited clean water — by boiling ocean water and condensing it.  With inexpensive energy, our farmers can also grow hydroponic fruits and vegetables in vertical farms located near consumers.  Imagine skyscrapers located in cities that grow food in glass buildings without the need for pesticides, and that recycle nutrients and materials to ensure there is no ecological impact.  We will have the energy needed to 3D-print our everyday goods and to heat our homes.

We are surely heading into the era of abundance that Peter Diamandis has written about — the era when the basic needs of humanity are met through advancing technologies. The challenge for mankind will be to share this abundance, ensuring that these technologies make the world a better place,” – said the expert.