Home / Tech / Now you can build your own robot at home

Now you can build your own robot at home

Shares
A Croatian team built a robot named STEMI, which you can build at home while having fun 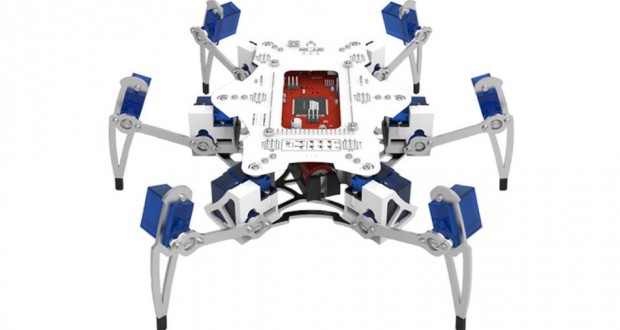 A Croatian team created a robot, which you can assemble at home, while learning and having fun. It is named STEMI. The abbreviation comes from Science, Technology, Engineering and Mathematics. It is an Indiegogo crowdfunding campaign for a hexapod robot that moves like to a spider. The main idea of the project STEMI is Learning by Creating, Joinfo.ua reports with the reference to Mashable.

As the creators say, it is the robot “that will teach you many scientific, technological, engineering and mathematical concepts in an easy and fun way, since you will build hexapod robot all by yourself. It will come as a set of components, along with multimedia lessons to teach you how to assemble it and bring it to life. Along the way, you will learn knowledge that will get you ready to shape our future. And on top of it all, once you have built your STEMI, you will officially have the coolest toy in the universe!” It can perform complex movements, change height, walk in three different, nature-inspired ways, and even dance. You control it with a smartphone app that uses the built-in gyroscopic sensor, letting you control the robot’s movement by tilting the phone.

At the beginning, STEMI was created for children from age 13 and up, but it may be equally engaging for the backyard inventors.

The project team says, that while building STEMI you will learn 3D modelling, electronics, Arduino programming and mobile app programming. They also want to make the entire platform in open access. And the blueprints, 3D models and the source code are available for everyone to use and customize.

The crowdfunding campaign is starting on Monday and they aim to reach $16,000 in 40 days.