Shares
Light emitting devices, like smartphones, tablets and e-readers should have an automatic "bedtime mode" to reduce an adversely affect sleep of the light that stops them disrupting people's sleep - study 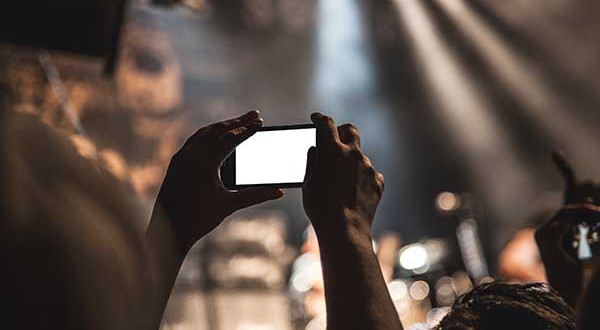 A team of researchers studied the influence emitting devices on sleep process. The study was conducted in chronobiology facility of University of Surrey.

For the research they took a tablet, e-reader and smartphone. The study aimed to determine the adversely affect of the light, which these gadgets emit, on the people’s sleep, according to the report, published in Frontiers in Public Health.

As it gets darker in the evening, the body starts to produce the sleep hormone melatonin – which helps people nod off.

Certain wavelengths of light, those at the blue-green end of the spectrum, can disrupt the system, Joinfo.ua reports with the reference to BBC.

The researchers assessed the spectral power of all the light emitting (LE) devices when displaying identical text or games. Then they tried to reduce the emission of the blue light with an orange-tinted “blue-blocking” glasses. They also tested an app designed to be “sleep-aware.”

The researchers concluded, that all types of light emitting devices were characterized by short-wavelength enriched emissions. “Since this type of light is likely to cause the most disruption to sleep the future software design should be better optimized when night-time use is anticipated, and hardware should allow an automatic “bedtime mode” that shifts blue and green light emissions to yellow and red as well as reduce backlight/light intensity”, – said the report of the study.

Prof Paul Gringras argued the setting should filter out the blue light that delays the body clock and keeps people awake later into the evening. He said manufacturers needed to show more “responsibility”.

The doctor, from Evelina Children’s Hospital in London, said every new model was “bluer and brighter”.

The professor of children’s sleep medicine told the BBC: “That is great for use in the day, but awful for use at night.

“There is converging data to say if you are in front of one of these devices at night-time it could prevent you falling asleep by an extra hour.”

He said some sleep-aware apps had already been designed to reduce blue-green light emissions.

And that a bedtime mode could automatically filter out the blue as software. He added, there needed to be “more responsibility from manufacturers” and the “key is to automate it”. He stressed that “we do need some protection on what they do at night-time.”