Home / Tech / People can live in underground tunnels on Mars

People can live in underground tunnels on Mars

Shares
People can live in underground tunnels on Mars, but there are still some technologies, which we need to develope 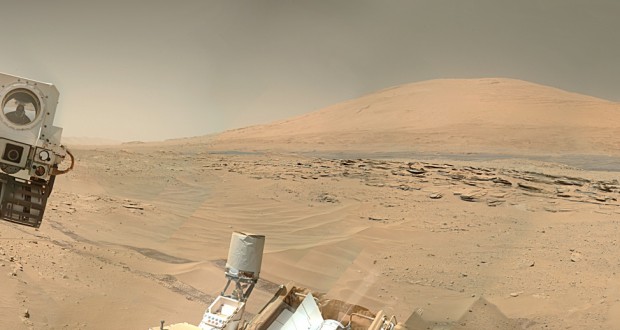 People hope to populate Mars someday, but the red planet is not like Earth, so we’ll need to equip our future colonies with underground tunnels, Robert Zubrin, founder of the Mars Society, told in the interview to Tech Insider, Joinfo.ua reports. Like Earth’s magnetic field, the tunnels will shield colonists from solrar radiation, thus, we won’t need to always suit up when we travel between habitats.

But to build the tonnels, we need technologies, which we don’t yet have.

Ion engines looks the most promising. Spacecrafts can travel

farther, faster, and cheaper with ion engines than any other propulsion technology, NASA says.

How it works: a solar panel connects to the engine, which speeds up a bunch of particles (or ions) inside. The magnetism from the particles, in turn, generates energy and powers the engine.

Space missions have used these engines for more than four decades, and researchers are still working to improve them. A group of researchers at NASA’s Jet Propulsion Laboratory recently developed a new design that increases their lifespan.

But for now they still don’t generate enough solar energy. It will take advanced solar technology to move rockets 141 million miles to Mars or power a large Martian colony.

Next, people need spacesuits that help to leavein conditions of low and unpredictable pressure. Mars exerts only 0.06% of Earth’s surface pressure. Depending on the location, Earth’s air pressure can vary about 10%, whereas Mars’ can vary as much as 50%.

This month, NASA unveiled a spacesuit prototype that can take the pressure. With the Z-2 suit, astronauts can maneuver in and out of rovers, collect samples, and walk around with ease.

Also, people will need to shield the colonies from cosmic radiation.

NASA recently reported that solar wind stripped Mars’ atmosphere and turned the planet into a wasteland. Now, it has about 1% of the atmosphere of Earth.

Zubrin says that our best bet is to cover the colonies in sand bags.

As to the inhabits, Zubrin says we could live in inflatable, aluminum habitats connected by underground tunnels. This would make it easier to travel between the habitats without a spacesuit.

Since Mars sees plenty of sun, plants can grow in greenhouses. Most plants are also very resistant to radiation, Zubrin says.

Organizations, like Zubrin’s Mars Society in Utah and HI-SEAS in Hawaii, simulate Mars missions in fake colonies. At HI-SEAS’ research station, cots in the 1,300-square-foot domes include the bare minimum: a foam mattress, a narrow table, and a set of drawers.

A system to transport supplies.

When we run out of food or a part of the habitat breaks, we will need to figure out how to transport extra supplies.

Until the colony can sustain itself, we’ll have to drop off cargo from Earth. To minimize trip time, astronauts should travel when Earth and Mars align, which happens every 26 months, Waldman says.

“If it does happen, it will take more collaboration than we’ve ever seen before,” she says. “It’ll be more worthy of celebration than the moon landing, because it will take a lot of people coming together on an unprecedented scale.”

“The key ingredient is courage,” says Zubrin. “That’s what got us to the moon.”

Courage and a lot of money during decades.