Humanoid robots at the World Robot Exhibition in Beijing

Shares
On November 24 in Beijing opened the World Robot Exhibition. Among the highlights the exhibition, were humanoid robots that can gauge your mood 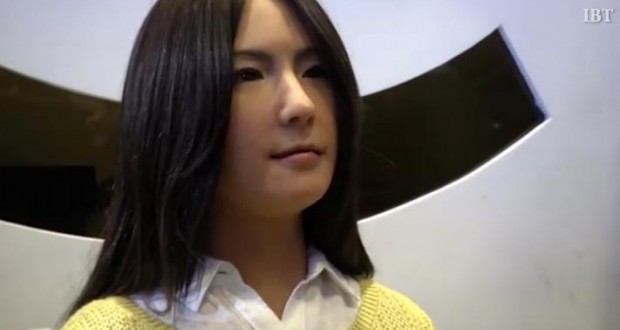 On November 24 in Beijing opened the World Robot Exhibition. The exhibition is a part of the three-day World Robot Conference, which also includes a forum and a robot contest for elementary school and junior high school teams, Joinfo.ua reports with the reference to IBTimes.

Among the highlights the exhibition, were humanoid robots that can gauge your mood. The robots displayed are divided into industrial, service and specialised categories. Humanoid robot Xiaoluo, made by domestic company Tami Intelligence, is famous for interacting with people and has hosted galas on television.

“It has plenty of facial expressions, and the screen installed in its eyes can give people a good feeling of interaction. And it can follow the human body, which means it can imitate your gestures when you are in front of it. Most importantly, it can recognize if you are a man or a woman, and tell your age and whether you are happy, and the degree of your happiness. It knows all of them,” said product manager Liu Boyi.

Android Geminoid F, the lifelike female created by Hiroshi Ishiguro Laboratory at Osaka University stole the spotlight of the exhibition, with visitors crowding around to take photographs and talk to her. Geminoid F’s creators say despite the robot’s physical features and capabilities, it’s still a work in progress.

“Of course, our final goal is creating some AI system out of showing intelligence by using this robot. But still it’s difficult, for example, voice recognition system doesn’t work, especially in this kind of noisy environment. So that’s why practically this robot is useful for tele-operated medium. But in the future, of course we are gonna create some perfect AI system by using this robot. To know the humans, to create the humans, the both,” said Assistant Professor Kohei Ogawa, a member of Hiroshi Ishiguro Laboratory.

Chinese President Xi Jinping and Premier Li Keqiang both sent congratulatory letters to the opening of the Conference on 23 November, showing the country has attached great importance to the robotics industry. In its five-year economic plan for 2011-2015, Beijing specifically targeted robotics as a key sector for development, hoping to create four or five domestic robotics “champion” firms to meet an annual production target of about 13,000 robots. And in the country’s 13th Five Year Plan, which will cover the 2016-2020 period, innovation is again lifted to a crucial level.

The policy support and market demand made China the world’s biggest buyer of robots in 2013, overtaking Japan. At the same time, both central and local governments are encouraging new domestic players to capture market share from established foreign brands. Concerns of over-stimulating the market have been raised. By the end of 2014, 420 robot companies and more than 30 industrial parks devoted to robotics were being built or were already functioning around the country, state-run Xinhua news agency reported.