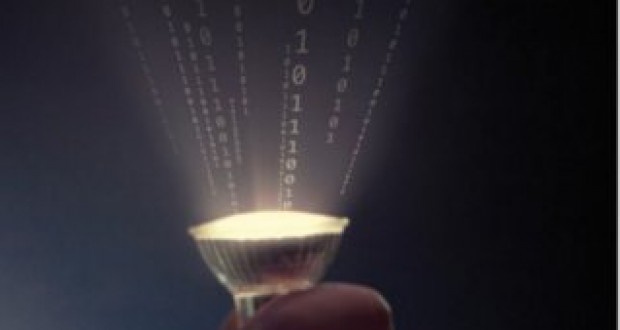 Li-Fi is a wireless technology similar to Wi-Fi that allows data to be sent at high speeds using visible light communication (VLC). It works 100 times faster than Wi-Fi. Invented by Professor Harald Haas from the University of Edinburgh, Li-Fi has several advantages over Wi-Fi, Joinfo.ua reports with the reference to IBTimes.

An Estonian startup Velmenni, a recent finalist at the Slush 100 startup competition in Helsinki, revealed that it has begun trialling the technology within offices and industrial environments in Tallinn.

The Li-Fi technology used by Velmenni in the pilots is able to send data at up to 1GBps – more than 100-times faster than current Wi-Fi technologies. At these speeds, a high-definition film could be downloaded in just a few seconds.

“We are doing a few pilot projects within different industries where we can utilise the VLC (visible light communication) technology,” – said Deepak Solanki, CEO of Velmenni. “Currently we have designed a smart lighting solution for an industrial environment where the data communication is done through light. We are also doing a pilot project with a private client where we are setting up a Li-Fi network to access the internet in their office space.”

While Li-Fi may not completely replace Wi-Fi, the technologies could be used in parallel to create more efficient networks. The success of the pilot projects could see Li-Fi technology rolled out for consumers within the next three to four years, according to Solanki, allowing people to access the internet using the light bulbs in their home.

Before mass adoption of Li-Fi, the current devices should be modified according to the new technology. “It is very difficult to create a whole new infrastructure for Li-Fi so somehow we need integrate our system with the current system,” – Solanki said.

The inventor of Li-Fi, Professor Harald Haas from the University of Edinburgh, has previously claimed that in the future every LED lightbulb could be used as an ultra-fast alternative to Wi-Fi.

“All we need to do is fit a small microchip to every potential illumination device and this would then combine two basic functionalities: illumination and wireless data transmission,” – Haas said. “In the future we will not only have 14 billion light bulbs, we may have 14 billion Li-Fis deployed worldwide for a cleaner, greener and even brighter future.”