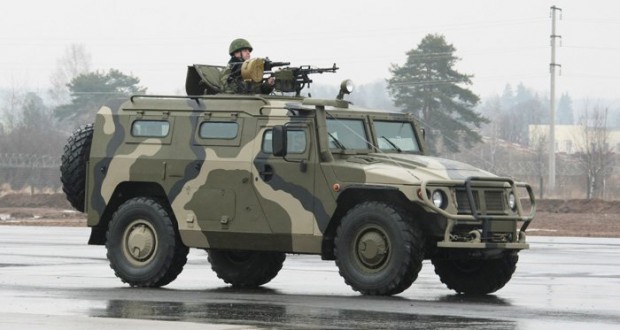 Ukrainian producers of the military machinery and equipment are ready for serial production. This was told to journalists in Kharkiv CEO “Ukroboronprom” Roman Romanov, Joinfo.ua reports with the reference to Ukrinform.

“That’s enough to ride on the Soviet vehicles. The Armed Forces have to start placing orders on the new equipment and new developments systematically. In 2015, the Ministry of Defense has not taken into service armored vehicle Dozor B, created by Kharkiv State Enterprise “Design Bureau of Morozov”. At the same time, like the T-34 long ago, our Dozor B was created in the record time: in February we made the prototype, and in September it was transferred to the state tests and passed them successfully. Ten units of this machine is now on the stocks of Lviv armored plant, waiting for the decision of the generals to start a serial production,”- said Romanov.

According to him, “if the MOD can not form a government order, you need to give the defense companies to work with foreign partners.”

“With use the income in the foreign currency to beat the enemy and to knock our competitors out of the markets,”- said Romanov.

When he was asked about the issue of import substitution in the production of military vehicles, Romanov said: “We are talking only about the replacement of the Russian parts and components. In this regard, we are ready to work with the manufacturers of Turkey and China.”

Earlier the Kharkiv Morozov Design Bureau presented a new multiple launch rocket systems Verba (Willow), which, according to the developers, is a new generation MRLS Grad.