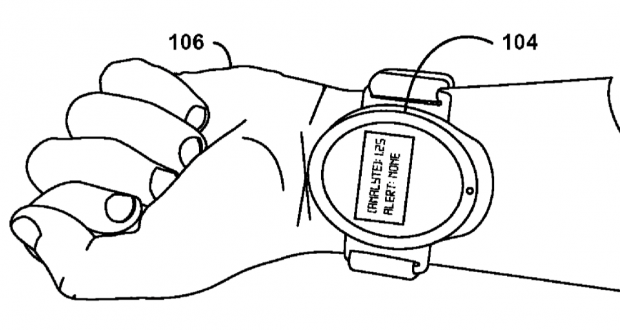 The patent application reads that the device first sends an ‘abrupt surge’ of gas into a barrel containing a microparticle, which then punctures the skin to produce a small drop of blood.

This droplet is then sucked into a negative pressure barrel, where it can be used for further testing. “Such an application might be used to draw a small amount of blood, for example, for a glucose test,” Google writes in the application.

According to the application, it looks like the device is a little tube that’s stored in the watch-like device and is then removed and used when the patient’s blood needs to be taken.

Although diabetics aren’t specifically mentioned in the patent, it doesn’t take a tech expert to read between the lines and get an idea of the intended target market.

Of course, just because Google has patented an idea, doesn’t mean anything is going to come of it anytime soon.

The company explained: “We hold patents on a variety of ideas – some of those ideas later mature into real products or services, some don’t. Prospective product announcements should not necessarily be inferred from our patents.”

Let’s hope this device enters the market soon, because a faster and more painless way to monitor blood levels would make a lot of people’s lives easier.