Faraday Future performed at CES 2016 with a revolutionary concept car 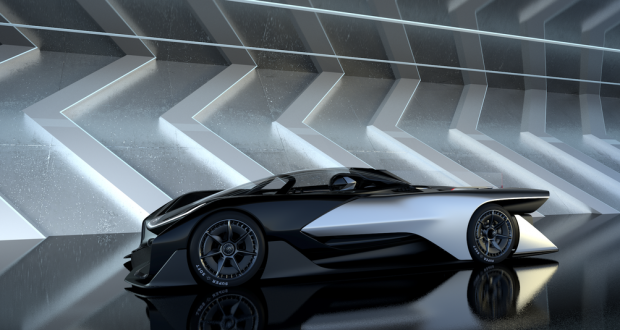 Faraday Future – the California-based electric car company – presented its concept of an electric car at CES 2016 in Las Vegas. Unfortunately, the concept is expected to become a production car approximately in two years, Joinfo.ua reports with reference to the Verge.

According to the Faraday Future company, the vehicle will have an engine [or engines] with 1,000 horsepower, a 0-60 time under three seconds, and a top speed over 200 miles per hour. Of course, those are all purely theoretical numbers since this is just a concept, though the company teases that it could see “limited production,” – said he edition.

The design features a glass roof, which offers a clear view of the white carbon fiber interior and some of the car’s more novel ideas, like a smartphone mount in the center of the steering wheel, the Halo Safety System that supports the driver’s head and neck, and a helmet that feeds the driver water and oxygen. The instrument panel is also designed to gather biometric data about the driver.

In reality, the FFZERO1 is not going to be Faraday Future’s first production car — instead, they’re using it to show off the potential that Faraday sees in its upcoming billion-dollar Nevada factory. The concept’s underlying platform, which it calls the Variable Platform Architecture, is touted as being highly customizable. “That platform is done on a very modular and flexible basis such that we can change the size of the platform,” Nick Sampson, a senior VP at Faraday in charge of R&D and engineering, told us in a phone interview before the press conference. “We can change the number and power of the drive systems. We can change the physical size and electrical size of the battery packs, so we can get bigger and larger packs and smaller packs both on the electrical size and physical size because of the modularity of how the battery architecture is being done, which is unique compared to anybody else in the industry. The underlying story is all about the platform that’s being built.”

That kind of flexibility is important: Faraday has hinted at operating under an unusual business model, where users would “subscribe” to a plan that gives access to autonomous vehicles of different types depending on their needs. A subscriber could request a cargo vehicle on one day, for instance, and a sporty sedan on the next.

“The concept is an amped up version of this platform,” says Faraday spokesperson Stacy Morris. “It’s going to have four motors. It’s a one-seater hypercar.” She compares the design of the battery pack to the look of a Hershey bar: the concept uses adaptable strings of batteries, in which rows of batteries can be removed or added. The placement of the motor can also be shifted within the platform to make a vehicle that is front-wheel, rear-wheel, or all-wheel drive.

“We’re working with the biggest and best battery cell suppliers in the world,” Sampson says. We are designing our own packs and our own control systems.” Faraday declined to disclose who its cell suppliers are, however.