Shares
Ukrainian inventors from Lviv made a thermocup that determines the quality of water, disinfects it and counts calories 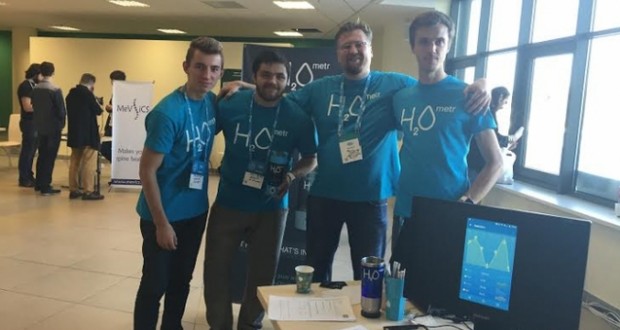 Two Ukrainian inventors from Lviv Anton Skrypnyk and Roman Savchenko developed “Travel Cup” that can determine the quality of the liquid in it, count calories and even disinfect it, JoInfo.ua reports with reference to Uamodna. According to the developers, this is a common thermocup upgraded with some necessary components. It can determine whether liquid in it is good for consumption, show the level of salts, nitrates, acidity and temperature correlations of these parameters.

In addition, according to the inventors, “Travel Cup” can disinfect the liquid using ultraviolet lamp built into the lid. “The bottom of the cup is made of the elements of a thermos, but it has a built-in chip analyzing the liquid through the discharge of the weak current (its capacity is even weaker than the static current from electrified clothes),” – said the developers.

“You can’t hurt yourself with such a weak current, but it is enough to analyze the water,” – said Roman Savchenko.

The developers now are developing a production plan. The only problem is the cost of the prototype: almost all elements of cups are handmade.