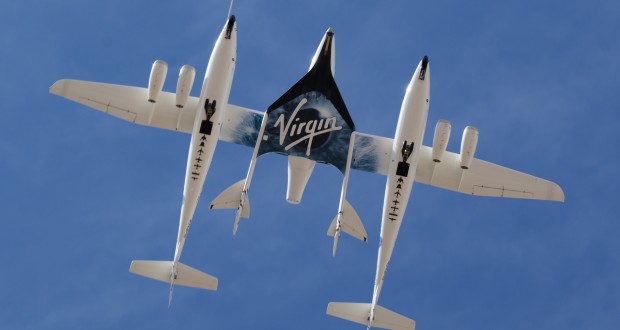 The event is set to take place here at the Mojave Air and Space Port, Mashable reports.

The first SpaceShipTwo, named Enterprise, disintegrated above the Mojave Desert during a 2014 test flight, killing one test pilot and leaving the other hospitalized.

This accident greatly delayed Virgin Galactic’s timeline for flying its hundreds of paying customers to suborbital space, but now, it seems that the company is getting ready to start testing with their brand new vehicle.

The rollout on Friday will take place firmly on the ground, though, as the redesigned spacecraft needs to go through several rounds of ground testing before it takes to the skies.

“We’ll celebrate the hard work our engineers and technicians have poured into making each of SpaceShipTwo’s parts, testing each one of them, and assembling them together into our beautiful new vehicle,” Virgin Galactic said in a statement about the rollout.

“As we celebrate the end of one critical phase of work, we also mark the start of a new phase, one focused on further testing and, ultimately, the first commercial human spaceflight program in history.”

SpaceShipTwo, which on the outside is likely to closely resemble the previous version, is designed to be lofted into the air by its carrier aircraft WhiteKnightTwo. The space plane will be released from WhiteKnightTwo at about 50,000 feet and then SpaceShipTwo’s rocket motor will kick on, hurtling it up to about 100 kilometers (62 miles) above the Earth.

The paying customers — a seat will run you $250,000 — on each flight of SpaceShipTwo will get the chance to experience weightlessness and see Earth against the blackness of space.

Virgin Galactic isn’t the only company trying to fly private tourists to suborbital space. Jeff Bezos’ Blue Origin hopes to do the same with its New Shepard space system, and XCOR Aerospace is also developing a space plane that could one day fly humans to the edge of space and back.