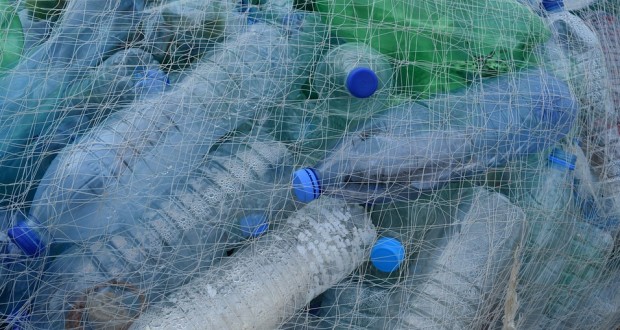 The discovery was made by researchers from Japan, who say that the microorganism is remarkable for its ability to breakdown completely a common type of plastic known as PET, the Verge reports.

This digestive process is slow, and the short-term implications of the discovery are uncertain, but studying the bacterium — which has been given the name Ideonella sakaiensis — could lead to new ways to safely get rid of junk material.

The plastic that I. sakaiensis has a taste for, PET, is strong, light, and a reliable water barrier, meaning that it’s frequently used to make containers and bottles. Around 56 million tons of PET were produced in 2013 alone, but only around half of the material is ever recycled. And the qualities that make PET attractive to companies — its durability and resistance to water — also make it a danger to the environment. PET takes a long time to biodegrade, and so it accumulates in landfills and the ocean. It’s thought that plastic bottles take 450 years to break down, and although some plastics do degrade quicker in the ocean, this just leads to more chemical pollution.

This newly-discovered species of bacteria could help solve these problems. The microorganism was discovered after scientists sifted through 250 samples of PET taken from recycling facilities, according to the study published today in the journal Science. They looked for signs of degradation among the samples, and eventually found I. sakaiensis. The bacterium uses a pair of enzymes (biological catalysts used by animals to break down food) to turn PET into a food source, although this happens at a very slow pace. The study says the bacterium took six weeks to completely degrade just a small film of low-grade PET, and breaking down the higher-quality material used in packaging would take even longer.

It’s possible, though, that scientists could artificially speed the process used by I. sakaiensis. In an accompanying article published in Science, biotechnology professor Uwe Bornscheuer says scientists should explore whether or not the enzymes used by I. sakaiensis evolved to feed on human-made PET. This type of plastic has only existed in the natural world for around 70 years, notes Bornscheuer, but it’s possible that enzymes adapted to access it as a food source and “provide an advantage for survival.”

Bornscheuer writes that evolution on this sort of short time-frame is rare, but not unheard of, and that finding out more about these enzymes could lead to new, more efficient ways, to break down PET. Speaking to The Wall Street Journal, Bornscheuer notes that the bacterium could in theory be added to landfills to speed decomposition. “The rate of degradation is rather slow, but it works,” he told the publication. “This should be improved by further studies on this strain.”