Shares
After suffering its first defeat in the Google DeepMind Challenge Match on Sunday, the Go-playing AI AlphaGo has beaten world-class player Lee Se-dol for a fourth time to win the five-game series 4-1 overall 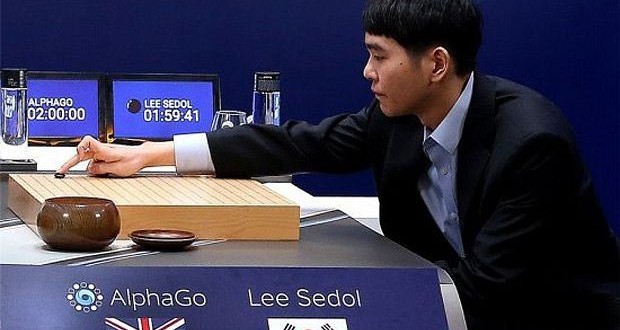 The final game proved to be a close one, with both sides fighting hard and going deep into overtime. AlphaGo is an AI developed by Google-owned British company DeepMind, and had already wrapped up a historic victory on Saturday by becoming the first ever computer program to beat a top-level Go player, the Verge reports.

The win came after a “bad mistake” made early in the game, according to DeepMind founder Demis Hassabis, leaving AlphaGo “trying hard to claw it back.” By winning the final game despite its blip in the fourth, AlphaGo has demonstrated beyond doubt its superiority over one of the world’s best Go players, reaffirming a major milestone for artificial intelligence in the process.

It was “the most mindblowing game experience we’ve had so far,” said DeepMind founder Demis Hassabis at the post-match press conference, with an “incredibly close and tense finish.” Lee said that he felt sorry the match was coming to an end, while expressing how difficult it has been from a psychological perspective.

DeepMind’s AlphaGo program stunned the Go-playing world by beating 18-time world champion Lee Se-dol thanks to its advanced system based on deep neural networks and machine learning. The series was the first time a computer program took on a professional 9-dan player of Go, the ancient Chinese board game long considered impossible for computers to play at a world-class level due to the presumed level of intuition required; Go’s rules are simple, but it has more possible positions than there are atoms in the universe. Lee was competing for a $1 million prize put up by Google, but DeepMind’s victory means it will be donated to charity.