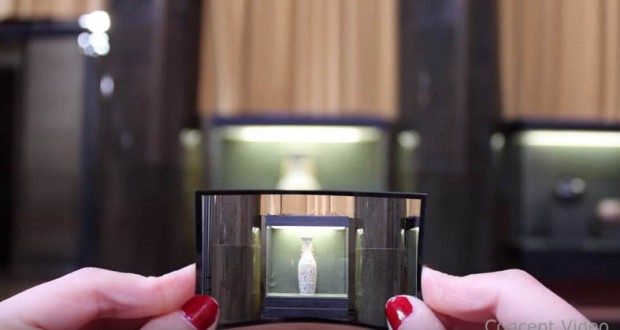 Researchers at Columbia University’s Computer Vision Lab have developed a flexible “sheet camera” that can be attached to any surface, taking photos and videos from angles previously impossible, Mashable reports.

For instance, the thin flexible sheet camera could be wrapped around a lamp post to record 360-degree videos, around the outside of a car to help drivers see blind spots, or even used as a regular camera that fits into a wallet.

“If such cameras can be made at a low cost (ideally, like a roll of plastic sheet), they can be used to image the world in ways that would be difficult to achieve using one or more conventional cameras,” the researchers say in a video below.

In the concept video, the researchers demonstrate bending a credit card-sized flexible sheet camera could control the field of view:

The sheet camera is still in the prototyping phase and the resolution is pretty low, but it succeeds as a proof of concept. The next logical step is creating flexible sheet cameras that can take higher resolution images.