Shares
On 23-24 April 2016, at the annual global NASA’s Space Apps Challenge, more than a hundred creative people from all over Ukraine gathered in Kyiv to solve the problems of the National Aerospace Agency of the USA 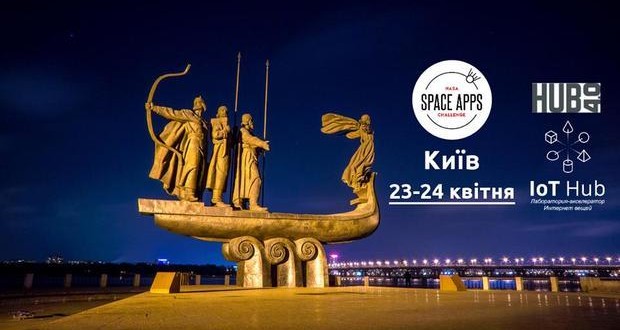 23-24 April 2016 the annual global NASA’s Space Apps Challenge was conducted in Ukraine for the first time. More than a hundred creative people from the capital and many cities gathered in Kyiv to solve the problems of the National Aerospace Agency of the USA. Joinfo.ua discussed details of the projects with the event organizers and participants. Also, our Cardboard for NASA project was presented at the event and came the second in People’s Choice nomination.

Solutions for the Earth and beyond

Each Space Apps location could nominate two projects for Global Awards and one for People’s Choice. The jury in Kyiv consisted of representatives of the space industry and the IT business – Klim Churyumov, Leonid Kadeniuk, Andrey Begunov, Nataly Borotkanych and Roman Kravchenko. More than 20 teams were solving NASA’s challenges, and almost all of them presented the outcomes of their two-day work during the pitching. The jury awarded the first place to the Mars Hopper project. Its team members built computer models of flights over the poles of the Red Planet, where dry ice deposits could be used as fuel for the Martian aircraft. Second place went to the Contrails team that created a mobile application to distinguish between clouds and contrails in the sky. The third place was awarded to the Drone Path Planner, dedicated to ensuring the safety of drones. A team from Severodonetsk (with a Do Not Crash My Drone project), the Mechatronics ROBOT project and the Apollo 13 team were also awarded by the jury.

Space Apps are intended not only for IT geeks but also wide groups of researchers. Origami Space Recycled challenge illustrates NASA’s concern about environment as well as social involvement, as models could be made of paper. The first place in People’s Choice nomination coincided with the choice of the jury, but was clearly linked to tangible demonstration of the aircraft prototype and chemical reactions involving the frozen carbon dioxide. And the second People’s Choice was our Cardboard for NASA project, prepared with the participation of Joinfo and specially marked by the organizers in their final report to NASA.

Joinfo’s project showed a unique approach to make spacecraft and satellite production cheaper, lighter and more environmentally friendly at the same time. During a three-minute presentation the youngest presenter at the event, Volodymyr Musevich assembled in real time a complex furniture cell that could also serve as a space stool. Sergiy Vakarin demonstrated multiple ways to use cardboard for making space flights cheaper and safer: once cardboard saved lives of Apollo 13 crew, while now it could be used to make cheap launch-qualified spacecraft and satellite components. Also, NASA’s aerogel coating can be used to make cardboard strong and fire resistant.