NASA’s Space Apps Challenge 2016 and Education: The World’s Largest Hackathon at Various Locations of the World

Shares
How to make space exploration more exciting and inclusive, cheaper and environment friendly? This year answers were given at the many places of the global NASA’s Space Apps Challenge 2016 and Education 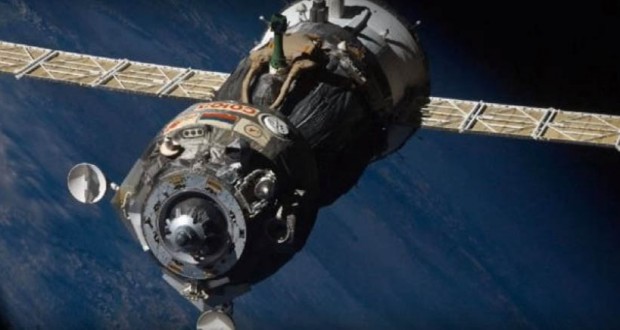 Space Apps Challenge is a global NASA’s hackathon known for its front-edge solutions to space challenges and environmental problems. Despite being a forum for top IT geeks and other hi-tech folks, Space Apps Challenge presents great educational opportunities as well. This has been especially evident this year – following are some prominent examples.

According to Toronto Space Apps Challenge organizer James Costa, the real Toronto challenge was to organize a separate one-day youth event for kids ages 7-15, which was held on Saturday, April 23rd, in conjunction with, but at a separate location, from the main event (see more here). One outstanding example of educational empowerment was #MakerFamily that shared its experiences in promoting STEM families. Not surprisingly, the United States boasted a large number of locations. One of the winners at Berkeley location, Blast Off – Become an Astronaut, is an Android app to foster a love of space in children between the ages of four and nine. This app is intended to provide inspiration, information, and encourage children to play pretend and use their creativity.

In Orlando, Florida an educational mission was also created on Iphone and Android platforms to have guests of the Kennedy Space Center Visitor Complex travel from waypoint to waypoint, exhibits in the Rocket Garden, and answer space trivia questions.

People’s Choice of New York, International Space Station Interesting Exercise is a gaming system for exercising on the gym machines of the International Space Station helping astronauts make the most of the time they spend keeping their bodies healthy. Astronauts will put on augmented reality goggles to interact with a holographic environment in the real space around them.

And this picture from NASA Space Apps Challenge Silicon Valley is an example how to organize the event for kids: Many great solutions were presented at Exeter, Glasgow, Liverpool, London and Luton locations. This year, a group of University of Liverpool Students decided to add Liverpool to list of cities participating in the Challenge.

One project developed there was Moonfindr, an Android app to help children locate the moon that gives visual indications based on orientation of a smartphone screen.

In London, Dark Rush was the local People’s Choice winner. The team built a futuristic gravity defying/simulating board game with great visualization effects – watch this. Space Apps also came to Switzerland, whose recent initiative as part of co-presidency of the European Space Agency  Ministerial Council has been to send chocolate to each astronaut of the International Space Station to support and encourage them. Not surprisingly, Swiss apps were all related to physical and spiritual health. One of them, Hearts in Orbit gives us a lesson of being humane and compassionate. It helps astronauts who suffer from loneliness and from being far from loved ones. Astronauts can plug earphones to motherpods and listen to the heartbeat of their colleagues, which creates an emotional bond between astronauts, They can also share their heartbeat recording with people on Earth. Sharing your heartbeat with your husband, wife, partner or children is both instinctive (heartbeat is the first sound we hear in human existence) and very emotional (it is associated to love in all cultures).

In Linköping, Swedish winners of the local Challenge were also working to help star crew members keep good shape and mood. VR glasses bring astronauts to the Space Sea World where they can swim (this is better experienced in space) with interactive sea world, while a holodeck helps them choose a near Star-Trek Holo experience they like: a sunset, a garden or a stroll in a forest. At the Sydney location in Australia, teams also contributed to education. Ava-Nautrice created a web based game that tells about importance and achievements of women in space and aviation. And kids learned a lot during the event – the youngest participant was an 11 years old girl.

Several locations participated in the Space Apps 2016, including New Delhi where one team made science fiction reality… well, virtual reality. The Velius aims at developing a Route 66 for the solar system. It incorporates the Ares Space Port as the first step to this initiative. It will also facilitate elaborate transport procedures for the exploration of space beyond the asteroid belt. To begin with, it offers a virtual reality simulation of what a possible civilization might look like on Mars a hundred years from now. Great learning tool for sure! This year many countries joined the Space Apps for the first time. In Ukraine, teams from many regions developed great projects. East, West, South and the capital were working together, united by creativity and not divided by politics at all (fortunately, this is also true about the global Space Apps Challenge as a whole). Several projects had an important educational component.

Kids were active in both teams that received high scores in People’s Choice. Oleksandr Butkaliuk and his winning Mars Hopper team built computer models of flights over the poles of the Red Planet, where dry ice deposits could be used as fuel for the Martian aircraft. The team leader’s young daughter Sofia conducted a separate master class on properties of dry ice on the sidelines of the main pitching, so other kids were not too bored. As for the Joinfo’s team that came the second, during the presentation by Sergiy Vakarin of the Cardboard for NASA project a secondary school student Volodymyr Musevich showed how quickly it was possible to assemble a complex structure from prepared pieces of cardboard or similar materials.

Recently NASA’s Kennedy Space Center, which developed five of 25 challenges being solved at SpaceApps this year, reported: “Kennedy Space Center is one of the most corrosive environments in the world—not a good thing when you have metal structures and rockets sitting on launch pads! This ‪#‎EarthDay, we salute our Corrosion Technology Lab team that has developed an environmentally friendly “smart coating” that could be used in the future to detect and stop corrosion in metal.”