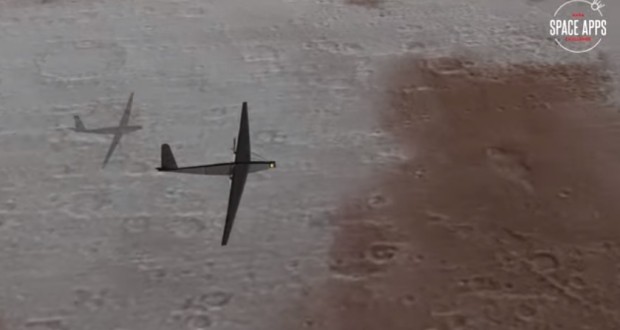 A lead in the NASA Space Apps Challenge: People’s Choice Awards now belongs to a Ukrainian team, Joinfo.ua reports with reference to UNIAN.

According to the creators, the MarsHopper aircraft project is designed for exploration of Mars’ north and south poles as well as the planets surroundings.

It is now competing for the people’s choice award of this international competition. At the moment, MarsHopper ranks first, while the runner-up is a team from Macedonia.

The aircraft uses dry ice that covers the surface of Mars poles as a fuel. It gathers it during landing, transforming it into gas using radioisotope thermoelectric generator (RTG). Rapid energy release creates a jet thrust. The plane “hops” from landing to landing,justifying the name “hopper.”

It should be recalled that a team of the Ukrainian IT students of the Zhytomyr military institute won NASA’s global competition Space Apps Challenge 2016 with their DronProtect project.

It should be recalled that this year the annual global NASA’s Space Apps Challenge wasconducted in Ukraine for the first time.