Shares
Google is working on a new project to determine if artificial intelligence can ever be truly creative. 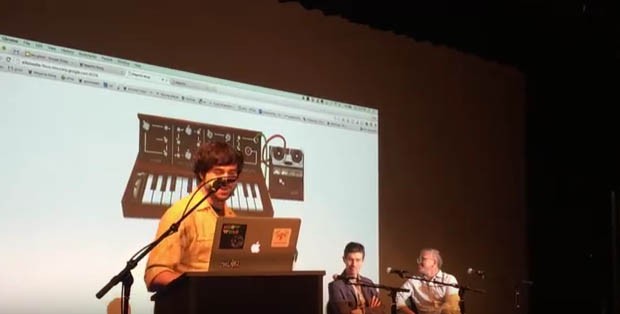 The project, called Magenta, was unveiled this weekend at Moogest in Durham, North Carolina, the Verge reports.

During a presentation at Moogfest, Google Brain researcher Douglas Eck said the goal of the new group is to determine if AI is capable of creating original music and visual art somewhat independently of humans.

The Magenta team will use Google’s open-source machine learning software TensorFlow, and try to “train” AI to make art. They’ll create tools (and make them available to the public), like one that helps researchers import data from MIDI files into TensorFlow.

A member of the Magenta team, Adam Roberts, demoed a digital synth program that could make music after listening to notes played by a human. According to Quartz, Eck suggested that eventually AI could be trained to create “entirely new pieces of music on a regular basis.”

Magenta will publicly launch in early June. The Magenta team plans to regularly post updates on their progress and add new software to the project’s GitHub page.