Shares
The team from Kyiv won People’s Choice with the MarsHopper project and Canadian Ukrainian Tanya Oleksiuk and her team of the Kid on the Moon won the Global Award as the Most Inspirational project at NASA Space Apps Challenge 2016. Congratulations to winners! 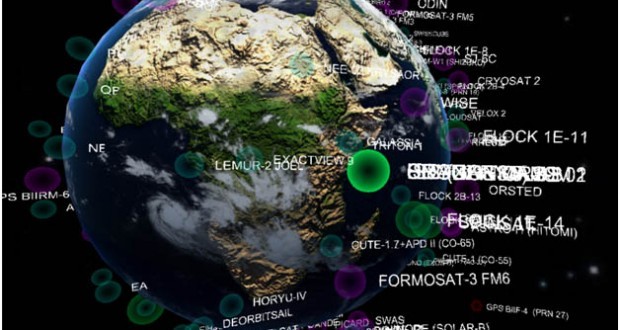 The team from Kyiv won People’s Choice with the MarsHopper project and Canadian Ukrainian Tanya Oleksiuk from Toronto and her team of the Kid on the Moon won the Global Award as the Most Inspirational project at NASA Space Apps Challenge 2016, Joinfo.ua reports.

Congratulations to Ukrainians all over the world with the record at the largest technology competition on our planet!

MarsHopper aircraft was developed by the team from Kyiv. MarsHopper is a plane for investigation of Mars poles and its surroundings. The plane uses dry ice that covers the surface of Mars poles as a fuel. It gathers it during landing, transforming it into gas using radioisotope thermoelectric generator. Rapid energy release creates a jet thrust. It “hops” from landing to landing, justifying the name “hopper.

Canadian project Kid On The Moon is an interactive app that inspires children 4-8 years old and their families to become passionate about space travel through self-guided exploration of the moon both on and offline.

It uses smart phone and tablet sensory to locate the Moon (any time of the day, even below horizon), which unlocks current lunar data (phase, distance, etc), and then presents the user options for reading a “Moon” related story, view space agency photos and videos, and/or fun facts about the Moon.

The goal of this challenge is edutainment and raising awareness about lunar missions around the world.

We are pleased that Joinfo was the first news media that introduced these projects to the whole world. Our global review was published soon after the competition was conducted, and huge positive reaction inspired us to write our second review.

It is rewarding that both NASA and people around the world so highly appreciated the projects that were highights of our reviews. And this is a great moment for Ukrainians not only in Ukraine but also in Canada and all over the world!

The Joinfo team, which presented its Cardboard for NASA project at the hackathon, joins the congratulations to the winners.

This year the annual global NASA’s Space Apps Challenge was conducted in Ukraine for the first time.