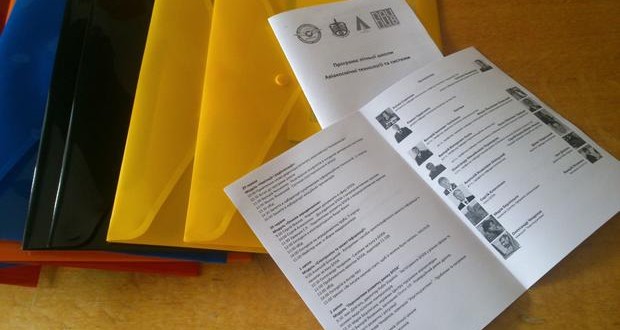 On June 29, the NAU launched the Aerospace Technologies and Systems summer school, as Vice-Rector Volodymyr Shulga wrote on Facebook. The school was founded and conducted by the NAU Institute of Air Navigation and has 10 years of tradition, Joinfo.ua reports.

According to Shulga, this year’s program will be focused on unmanned aerial vehicles (UAVs).

“Their necessity in various spheres of life has been proved. Regretfully, UAVs are most needed in a combat zone. Most of this summer participants of the school are the students of NAU. However, the organizers welcome everyone willing to participate. In particular, graduates and students of National Technical University of Ukraine “Kyiv Polytechnic Institute” and Taras Shevchenko National University of Kyiv have signed in. There are also some high school students who are interested in aviation.

Among the participants is also Andriy Muzychenko who won the first place with his Mars Hopper project at the global NASA Space Apps 2016 Hackathon,” said Shulga.

According to the Vice-Rector, this year’s program of the summer school will consist of four units: navigation and radiolocation, basics of aerodynamics, electronics and information security, prospects of development of the UAV market.

As Shulga wrote, there will be lectures by professors of NAU with a worldwide reputation every morning, and in the afternoon the students will have practical exercises. For example, the students will “fly” in flight simulators and practice on satellite navigation systems.

“What is awaiting them ahead – is a wind tunnel, which was recognized as a national treasure of Ukraine and Europe’s largest academic hangar,” said Shulga.

“And this Saturday the organizers promised the students heated discussions with participants of Ukrainian UAV market “, – said the Vice-Rector.