Shares
On 29 June – 2 July, students of the Aerospace Technologies and Systems summer school of the National Aviation University of Ukraine (NAU) mastered the production of UAVs. 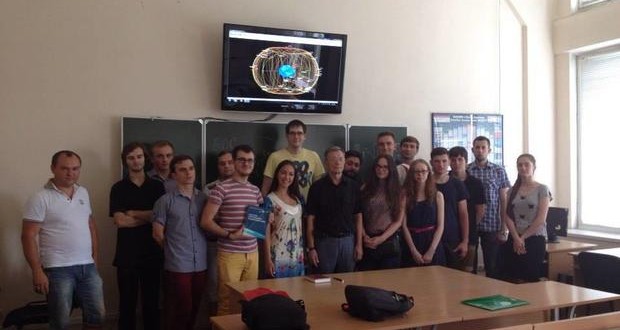 On 29 June – 2 July, students of the Aerospace Technologies and Systems summer school of the National Aviation University of Ukraine (NAU) have focused on the production of drones, according to the school page in Facebook, Joinfo.ua reports.

The summer school has been held for the eighth year by the initiative of Valery Chepizhenko, Head of the NAU Institute of Air Navigation. But this year, the Scientific Society of the NAU has joined the organization. The studies have focused on unmanned aerial vehicles this time. The school schedule was divided in two periods: in the morning, the participants listened to the lectures of doctors and engineers on specific developments and innovations in the field of UAVs, as well as lectures on navigation, aerodynamics, cryptography, electronics. And during the second period students studied construction of drones and had practical exercises. Then they visited a wind tunnel, Europe’s largest academic hangar, a laboratory of satellite navigation, tried to fly in flight simulators. On Saturday, representatives of the Ukrainian UAV market visited the school. Ivan Dougal, director of Robo-Ukraine, Valery Yakovenko, founder of Drone.UA, Oleksandr Chendekov of Ukrspetssistems told the students about situation at the UAV market of Ukraine and its prospective. At the end, participants made presentations on their own research and received awards from the organizers. At the end of the school day, the students had the opportunity to participate in the assembly and launch of quadrocopters, conducted with assistance of Denys Navrotsky, the head of the NAU SCB “Sky”, Denys Smolych and Yaroslav Kiselev of RC-HELI. Organizers have announced that next year the school will be held for a longer period of time. Besides, studies will be more intensive and practice oriented.