Shares
With this HD 24-inch screen you can watch video, play games or work. And then it can easily be folded to the size of a book and put in your backpack 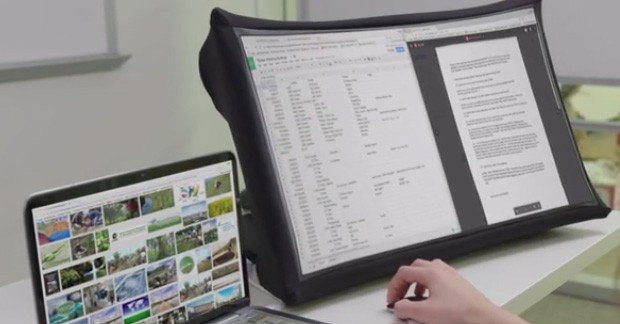 The Spontaneous Pop-up Display (SPUD) consists of a mini projector and a screen, Joinfo.com reports.

The SPUD is about as big as a book when folded and weighs less than a kilo. It opens up like an umbrella and turns into a screen with a resolution of 720p. You can connect devices to SPUD via the HDMI or USB port on the rear.

Also, the display has a built-in battery that provides you with six to ten hours of work, according to the designers. SPUD has also the built-in stereo speakers. The device can be used as a second screen, or, for example, as a display for presentations.

Unfortunately, it is quite expensive currently – it starts with $374.