Shares
Ukrainian LimpidArmor team has developed a unique omnidirectional review system for military equipment, which was displayed for the first time at Arms and Security show, held in Kiev from 11 to 14 October. 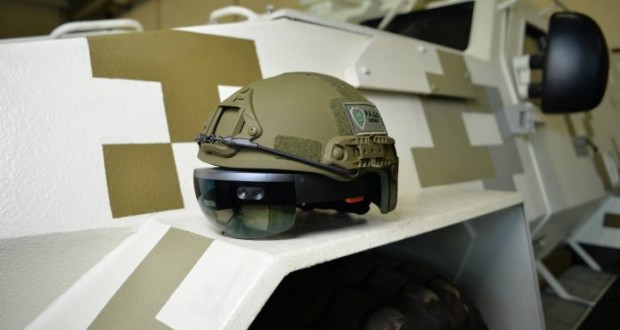 The LimpidArmor is a circular review system for armored vehicles consist of helmet with integrated Microsoft HoloLens glasses, which has been developed by the Ukrainian company as a private venture, according to Defence Blog.

Circular review system for armored vehicles consists of helmet with integrated HoloLens glasses (glasses ol reality augment (Microsoft corp.), box of cameras (optical and thermal camera mode), located on the sides of armored vehicles and LimpidArmor software. The solution could be used for any armored vehicles and would provide 360° review video with high resolution in real-time. LimpidArmor team jointly with the “Ukrinmash” has unveiled further details of the concept and its system promising opportunities for representatives of the Office of arms of the Ministry of Defence, General Staff of the Armed Forces and National Guard of Ukraine.