Shares
Richard Branson, founder of Virgin Group, has announced a joint project with startup Boom to make 3.5-hours flights between New York and London the reality 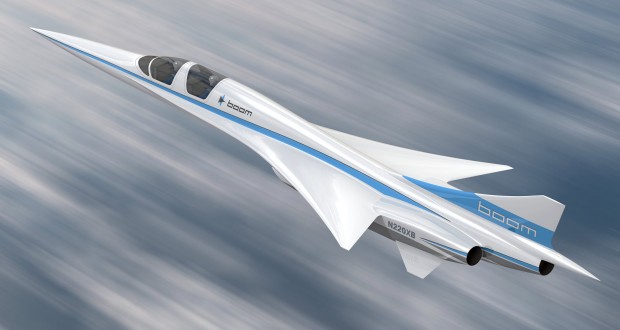 Sir Richard Branson on Tuesday heralded the rebirth of supersonic passenger flights with the unveiling of a prototype aircraft promising 3.5-hour flights from London to New York for an “affordable” $5,000 return, Joinfo.com reports with reference to The Guardian.

“I have long been passionate about aerospace innovation and the development of high-speed commercial flights,” Branson said. “As an innovator in the space, Virgin Galactic’s decision to work with Boom was an easy one.”

Blake Scholl, the founder and CEO of Boom, said test flights would begin in southern California, with plans to launch the first commercial departures in 2023, which would be just 20 years after Concorde was decommissioned.

“Sixty years after the dawn of the jet age, we’re still flying at 1960s speeds,” Scholl said. “Concorde’s designers didn’t have the technology for affordable supersonic travel, but now we do. Today, we’re proud to unveil our first aircraft as we look forward to our first flight late next year.”

Scholl said tickets would cost “about the same as tickets in business class.”

“It won’t be a bucket-list purchase any more,” he stressed.

There is a huge market and the margins are enormous.”

Boom will have just 45 to 50 seats, compared with Concorde’s 92 to 128. Scholl reckons the demand for affordable supersonic flights could make this a $100bn market. He said his plane could work on 500 different routes, but would concentrate initially on London to New York, San Francisco to Tokyo, and Los Angeles to Sydney.

“Ultimately I want people to be able to get anywhere in the world in five hours for $100. To get there you have to improve fuel efficiency, but step-by-step supersonic air travel will become available for everyone,” Scholl said. “This is supersonic passenger air travel, no bullshit, and it’s actually affordable.”