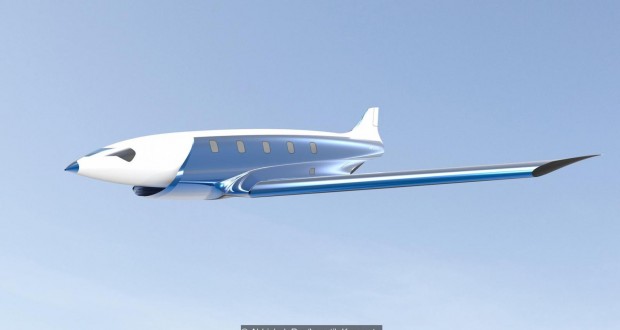 Canadian designer Charles Bombardier is developing a concept aircraft called The Antipode that could potentially fly at an incredible speed of 25,600 kilometers per hour (or Mach 24) and reduce a flight from London to New York to just 20 minutes, Joinfo.com reports with reference to the BBC.

But it would probably have to break the laws of physics to fly at speed which is 21 times the speed of sound.

For comparison, Concorde reached speeds of a little over Mach 2 (around 2,560km/h) and was discontinued because of a massive heat build-up along the edge of the nose, and a loud sonic boom over land.

Bombardier says the jet would use rocket boosters to provide the initial thrust to get the plane to about 12 km and a speed of Mach 5. The boosters would be jettisoned, and a ramjet engine would take over to push the plane to Mach 24.

Earlier Bombardier created a concept called Skreemr, but it faced the same problems as the Concorde.

Joseph Hazeltine, an engineer with Wyle, which provides technical services to Nasa and the US Department of Defence, suggested a new technology called Long Penetration Mode (LPM) to avoid these problems.

Some air would be channeled through a nozzle in the nose, and used to produce a counter-flowing jet of air. The aerodynamic phenomenon could, theoretically, reduce the sonic boom and cool the surfaces by disrupting the airflow. Some experiments in a wind tunnel have already shown it can work.

Still, the concept should take into account an incredible acceleration the passengers on board would suffer.

However, Bombardier believes that even as a concept the Antipode will promote the development of the idea.

“I wanted to help get funding to do more research, and so I tried to push the whole thing forward,” he says. “I know that it’s not going to lead to the exact aircraft at the end, but it might help to develop new technologies and new processes. If it does, then that I’m happy that I did something to help society,” he told the BBC.