Shares
Resembling the giant machines that appeared in the 2009 film Avatar, the robot is the creation of Vitaly Bulgarov, a designer who has previously worked on sci-fi fims including the 2014 remake of Robocop, Transformers 4 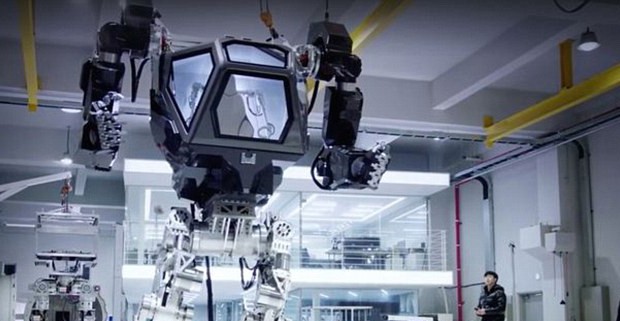 Seoul-based robotics company ‘Korea Future Technology’ has completed the first tests of its giant human-like robot, called METHOD-1 – a 13-foot tall robot that walks like a human, making the ground around it shake, the Daily Mail reports.

‘I’m excited to share some updates and work-in-progress motion tests for the 4m [13 foot] tall, 1.5t heavy manned robot I have been working on with a Seoul based robotics company, Korea Future Technology,’ Vitaly Bulgarov, the desiner of the robot, wrote on his Facebook page.

The robot is so heavy that it makes the ground around it shake when it takes steps, Bulgarov said.

The designer has also revealed details of what the final robot will be made of, including carbon fibre for its legs.

METHOD-1 started as a project by Korea Future Technology in 2014, and an early prototype of the robot was released in November last year.

‘The plan is to build a reliable robotic platform that can be used effectively in various utilitarian applications,’ Mr Bulgarov said at the time.

‘When an ambitious Seoul based robotics team “Korea Future Technology” invited me to join the company as their designer of a large man-controlled robot it took me some time to realize that they were actually serious about it,’ he said.