Shares
Ordinary cigarettes are harmful to health, but electronic cigarettes appear even more dangerous. CCTV footage in a shopping center in the English city of Leeds shows how an e-cigarette’s battery explodes in a man's pocket right next to a baby's pram. 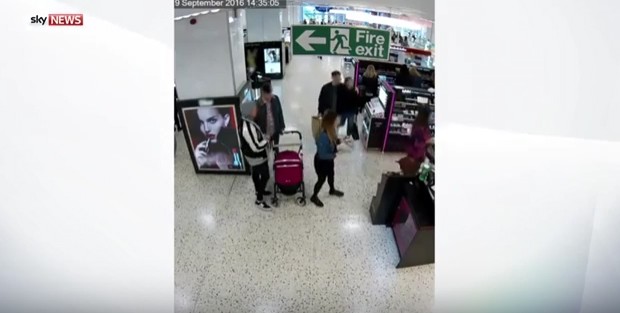 The man had slight injuries and needed first-aid treatment. All other bystanders, including the baby, got a lucky escape, Joinfo.com reports with reference to Mirror.

The explosion would have been caused by the contact between a spare lithium-ion battery and metal objects such as keys.

Fire investigator Jamie Lister said: “This footage clearly shows the dangers of storing batteries alongside any metal objects, be it keys, coins, or even your phone if it has a metal case.

It is not the first time that e-cigs explode and even cost lives. In 2014, a 62-year-old man from England was found dead in his home after an e-cig exploded and set fire to his oxygen concentrator.