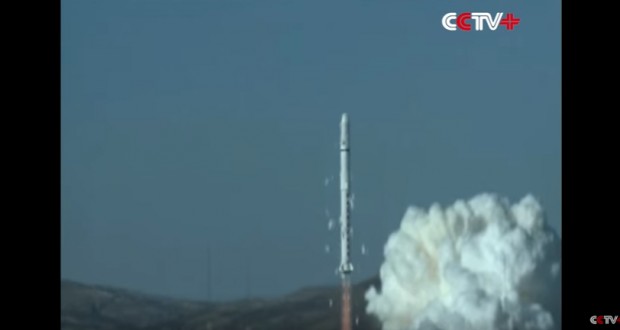 The two SuperView 1, or Gaojing 1, satellites are flying in egg-shaped orbits closer to Earth than it was planned and will likely re-enter the atmosphere within months, according to Spacelift Now.

The high-resolution Earth-observing satellites were supposed to go into a near-circular orbit around 300 miles (500 kilometers) above the planet to begin their eight-year missions collecting imagery. Instead, they are flying in egg-shaped orbits from 133 miles (214 km) to 325 miles (524 km).

The satellites were launched on top of a Long March 2D rocket from for the Taiyuan space center in northern China at 03:23 GMT Wednesday.

But the two-stage launcher did not put the SuperView 1 satellites into the expected orbit, raising concerns among outside observers that the Long March 2D ran into problems.

The SuperView 1 satellites are designed to collect optical black-and-white imagery with a resolution of less than 20 inches (about 50 centimeters), making them the highest-resolution civilian Earth-observing satellites launched by China.

Color images from the SuperView 1 satellites will have a resolution of around 6 feet, or 2 meters, according to information released by Beijing Space View Technology Ltd., which, along with Siwei WorldView, holds exclusive rights to distribute and sell SuperView 1 imagery globally for mapping, land use, urban planning, agricultural, oil and gas exploration, maritime, security, defense and intelligence applications, the company said.

The SuperView 1 satellites — if they can be salvaged and commissioned — would have given China its own commercial imaging spacecraft.

It should be recalled that China announced its ambitious space exploration plans on Wednesday.