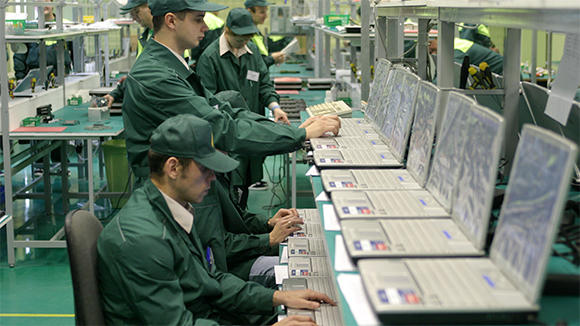 According to the report, Russia’s Ministry of Industry and Trade gave a 150 million rubles grant to T-Platforms company for a domestic ‘rugged laptop’ project.

The new Russian laptop is announced to be waterproof and work at temperatures from -50 to +50 degrees Celsius, or after suffering a heavy shock. The company will produce two modifications: one based on the Intel x86 processor, and the other – on the Baikal-M processor.

The company expects it will take a year to complete the project.

According to the report, the laptop has the Intel processor to make it easier for Russian companies in transition to the domestically-made equipment. Such laptops supposedly will be used by industrial companies, such as oil&gas, drilling companies working in Siberia, as well as by people working or living in “harsh conditions”.

Svetlana Apollonova, Chairman of the Board of Directors of the Association of Manufacturers of Electronic Equipment and Appliances, believes that domestic production of laptops for the industrial sector is very important, both from an economic point of view, and from the point of view of information security.