Android’s creator is coming back with a new Essential smartphone

Shares
Andy Rubin, Android's creator, is building a high-end smartphone to be the centerpiece of a series of AI-infused consumer gadgets. 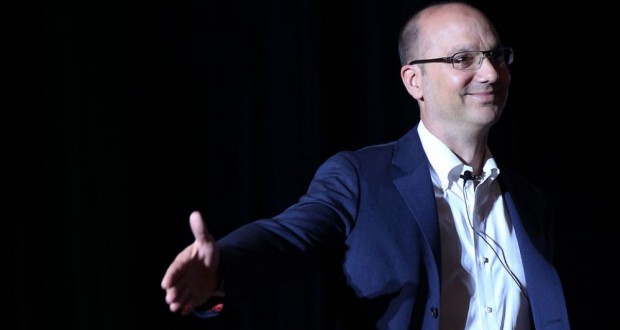 Just over two years after leaving Google, Andy Rubin is preparing to take on the smartphone industry he helped create, Business Insider reports.

Andy Rubin, creator of the Android operating system, is planning to marry his background in software with artificial intelligence in a risky business: consumer hardware. Armed with about a 40-person team, filled with recruits from Apple Inc. and Alphabet Inc.’s Google, Rubin is preparing to announce a new company called Essential and serve as its Chief Executive Officer, according to people familiar with the matter.

A platform company designed to tie multiple devices together, Essential is working on a suite of consumer hardware products, including ones for the mobile and smart home markets, one of the people said.

The centerpiece of the system is a high-end smartphone with a large edge-to-edge screen that lacks a surrounding bezel. At the Consumer Electronics Show in Las Vegas in early January, Andy Rubin discussed the smartphone with mobile carrier executives, including some from Sprint Corp., people familiar with the talks said.

Rubin registered Essential Products Inc. with California regulators in November 2015. In late 2016, the company registered “Essential” with the U.S. Patent and Trademark Office, listing smartphones, tablets, accessories and “computer operating software for mobile phones” among its goods and services. It’s unclear if the devices will run on software based on Android.

While still in the prototyping stage, Rubin’s phone is aimed at the top of the market where Apple Inc.’s iPhone and Alphabet Inc.’s new Pixel reside. It’s expected to include high-end materials and the ability to gain new hardware features over time, the people said. Representatives for Rubin and Sprint declined to comment.

Rubin sold Android to Google in 2005. He spent eight years at its helm at Google, turning the operating system from a tiny project into the globe’s most dominant software for running mobile devices. In 2013, he stepped down from Android to form Google’s robotics unit before leaving altogether in 2014.

Rubin is convinced AI is the next big change to ripple through the technology industry.

Rubin is aiming to put the phone on sale around the middle of this year for a price close to that of an iPhone 7 ($649), a person familiar with the matter said, adding that all of the plans are still in flux. Technology news website The Information earlier reported Rubin was working on a phone.