Future of airbags: This new material can absorb impact of car collisions

Shares
A new material that can switch between rubber soft and steel-hard may, could be used to build objects involved in collisions – such as cars – and all-terrain bike tyres 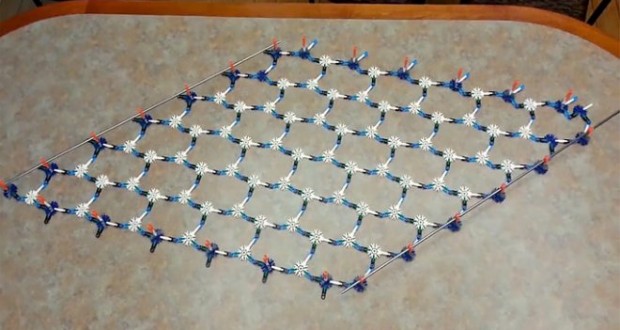 Imagine a bicycle tyre that self-adjusts from being firm while you ride on the road to soft and squishy if you veer onto sand. This is just one potential application for a new material that can switch from being hard to soft – and back again – without damaging itself.

Zeb Rocklin and colleagues at the University of Michigan in the US unveiled their metamaterial design in Nature Communications. Other uses, they write, include absorbing the impact of a car collision, Cosmos Magazine reports.

“When you’re driving a car, you want the car to be stiff and to support a load,” study co-author Xiaoming Mao says.

“During a collision, you want components to become softer to absorb the energy from the collision and protect the passenger in the car.”

Metamaterials are artificial materials with fascinating properties. These are due to the way they’re constructed, rather what they’re made from. This means that by tweaking a metamaterial’s structure, physicists can change its properties.

Rocklin and his colleagues used toy construction K’nex pieces to investigate the properties of a “topological transferable mechanical metamaterial” that, when pressed against a hard object, increased its stiffness by orders of magnitude.

It’s the way the objects makes contact with the edge of the metamaterial that dictates its stiffness, Mao says. And because they absorb energy in crashes, such structures could be used to build rockets, for instance.

While K’nex pieces won’t be used to build bike tyres, cars or rockets, the same structure on a micro scale might be one day be 3-D printed to create self-adjusting materials.