Shares
Humanoid robots, with cultural awareness and a good bedside manner, could help solve the crisis over care for the elderly, academics say. 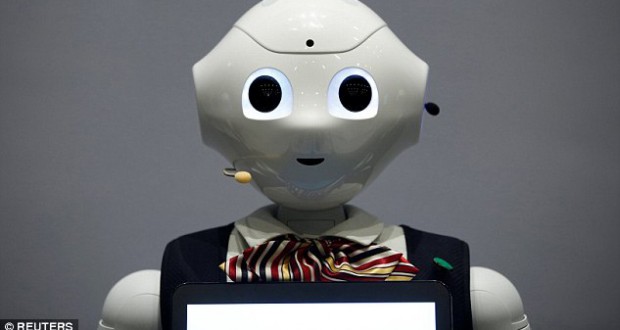 An international team is working on a $2.5 million (£2 million) project to develop versatile robots to help look after older people in care homes or sheltered accommodation, Joinfo.com reports with reference to the BBC.

The robots will offer support with everyday tasks, like taking tablets, as well as offering companionship.

Academics say they could alleviate pressures on care homes and hospitals.

Researchers from Middlesex University and the University of Bedfordshire will assist in building personal social robots, known as Pepper Robots, which can be pre-programmed to suit the person they are helping.

It is hoped culturally sensitive robots will be developed within three years. The program is being funded by the EU and the Japanese government.

“Assistive, intelligent robots for older people could relieve pressures in hospitals and care homes as well as improving care delivery at home and promoting independent living for the elderly.

“It is not a question of replacing human support but enhancing and complementing existing care.”

She added: “We are starting with care homes and with people who are semi-independent living in sheltered housing, but we do believe that in the future the robots would become acceptable for people to have in their own homes.”

Pepper Robots are manufactured by Softbank Robotics and already used in thousands of homes in Japan.

Amit Humar Pandey, the company’s chief scientist, said the firm wanted to create a world where robots co-exist with humans in harmony, for a smarter, healthier, safer and happier life.

It is hoped the new robots will help improve the well-being of their charges by providing entertainment and enabling them to connect better, through smart appliances, with family and the outside world.

They will communicate through speech and with gestures, be able to move independently and pick up signs the elderly person is unwell or in pain.

In the final year of the project, the robots will be tested at Advinia Healthcare care homes in the UK.

The company’s executive chairman Dr Sanjeev Kanoria said it was keen to revolutionise the care of the elderly by supporting hard-working care staff.

“Robots can support care workers by helping to reduce errors in medication and assisting them with advanced technology to help vulnerable residents, live safer independent lives in care homes and at home.”