Shares
Apple only just launched its iPhone 7 a few months ago, but many eyes are already turning to next year's model, the iPhone 8, which is expected to be Apple's biggest launch in years 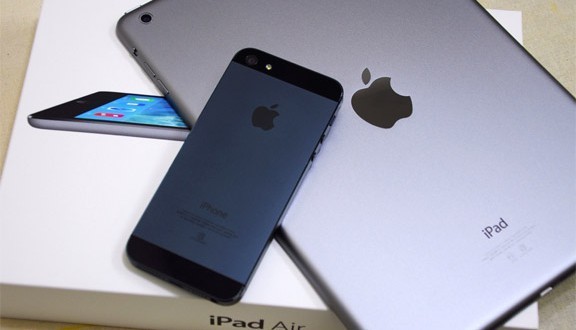 2017 marks the tenth anniversary of the iPhone , which was first announced by Steve Jobs on 9 January 2007, and released later that year on June 29. Given the momentous occasion, rumor has it that Apple has been holding back some of its most groundbreaking features for next year’s model – which many expect to be called the iPhone 8.

Mirror has rounded up all the latest rumors and leaks, so if you’re unimpressed by the iPhone 7’s features, you’ll know what next year’s update has in store.

The latest reports suggest that Apple’s next device will be its most expensive yet, exceeding the $1,000 (£795) mark for the first time.

The price was reportedly leaked to The Fast Company by “a source with knowledge of Apple’s plans”.

The iPhone 8 will reportedly have a new OLED display that will stretch across the whole front of the phone.

This is part of the reason for the high price tag, according to the source, as the OLED display will cost Apple roughly twice as much as the LCD display used in current iPhones.

The new phone is also likely to get a memory upgrade from the current iPhone 7 line, which will add to the cost of manufacturing the device.

Apple traditionally releases its latest iPhone in the first two weeks of September, in good time for the start of the Christmas shopping season.

However, a new report hints that Apple may break with tradition this year and launch its next flagship smartphone earlier than expected.

According to information gathered by boutique research firm BlueFin Research Partners and shared by Barron’s Tech Trader Daily , there is “some indication” that Apple will start production of the iPhone 8 in June.

If Apple is feeling particularly nostalgic, it may opt for June 29 – the same day the first iPhone was released.

However, others claim that Apple will announce its new phones in the autumn, as usual, and begin selling them soon afterwards, and even BlueFin notes that it’s not clear whether kicking off production early will translate to an earlier release date.

That means we’re more likely to see Apple to unveil its new handset on either the week of September 4 or September 11.

It’s unlikely that Apple’s iPhone 8 will be any easier on the wallet than previous models, but it may not be much more expensive.

That should give you a fairly good idea of what the iPhone 8 will cost – although if it does get a major design ovehaul, we wouldn’t be surprised if Apple increased the price a bit.

Based on Apple’s well-established “tick-tock” cycle, the 2017 model would be called the iPhone 7s.

The tick-tock cycle refers to Apple releasing a new design every two years, and new features within the same casing on alternate years (which are usually known as “s” models).

However, rumor has it that Apple is moving to a three-year cycle on major iPhone refreshes.

This, combined with the fact that next year is the tenth anniversary of the iPhone, suggests that Apple’s 2017 model will be a fairly major upgrade.

It seems unlikely, in that case, that Apple will opt for the name iPhone 7s – as that would downplay the upgrade. It’s more likely that it will be called the iPhone 8.

Apple may even decide to go for something completely different – the iPhone 10 perhaps, to mark the anniversary, or even the iPhone Air or iPhone Pro, to reflect the iPad lineup.

Apple is allegedly planning a major design overhaul for the iPhone 8. The company is said to be working on an all-glass version of its iconic iPhone , for release in 2017.

KGI Securities analyst Ming-Chi Kuo, who has a track record of leaking accurate information on Apple products, published a report in May claiming the American tech firm will completely redesign the iPhone in 2017.

Instead of the aluminium casing used in the iPhone 7, Apple will move to an all-glass enclosure.

The arguments to be made for a glass smartphone include better antenna reception and more options for wireless charging.

At least one of the iPhone 8 prototypes is said to feature a new cutting-edge curved OLED display with practically no bezels – similar to that used on Samsung’s Galaxy S7 Edge.

Although there is no functional reason to have a curved screen, Samsung has been seeing significantly higher sales of the curved versions of its Galaxy smartphones.

In March 2016, Nikkei reported that Apple was planning to ditch LCD displays in favor of OLED screens, with the first OLED iPhone arriving in 2017.

Then in April, The Korea Herald reported that Samsung had managed to bag the $2.59 billion manufacturing contract. The company is reportedly contracted to supply 100 million 5.5-inch OLED panels per year, starting from 2017.

OLED displays are superior to the LCD panels currently used in Apple’s iPhones because, rather than requiring a backlight, an OLED-based screen lights up individual pixels when necessary.

The iPhone 8 ‘s display could also have a 4K resolution – which would make it more suitable for virtual reality applications.

End of the Home button

Rumors have been swirling for some time that Apple is planning to get rid of the traditional physical Home button and replace it with a touch-sensitive digital button.

This was originally rumored for the iPhone 7, but it’s now looking more likely that it will be one of the major changes coming with the iPhone 8.

Wireless charging has become a common feature of some Android smartphones – including Samsung’s latest family of devices – although it is still a lot slower than wired charging methods.

A report in Bloomberg in January claimed that Apple was working on “cutting edge” wireless technology that would allow future iPhones and iPads to be placed further away from charging mats than current smartphones.

The unnamed sources said Apple was working on overcoming “technical barriers including loss of power over distance,” and that the technology will feature in iPhones coming out in 2017.

A report from Chinese-language website MoneyDJ.com , picked up by Digitimes , indicates that Apple may be planning to introduce similar technology with the iPhone 8.

According to the report, a Taiwan-based company called Xintec is to start mass producing iris-recognition chips, some of which will be embedded in the 2017 series of iPhone.

Apple is rumored to be working on three versions of its next iPhone, including a 5-inch model to sit between its existing 4.7-inch and 5.5-inch handsets.

The 5-inch version is also rumored to feature a dual-lens camera, with iSight modules arranged vertically instead of horizontally.

While Apple has long been rumored to be working on three models of its next iPhone , earlier reports have claimed that they will not all have the same specifications.

Meanwhile, a recent report in the Wall Street Journal claimed that Apple is currently testing more than 10 different prototypes for its next smartphone.

The iPhone 8 will, more than likely, feature an A11 chip, built on ARM’s highly-efficient 10nm manufacturing process, and run the next version of Apple’s mobile operating system, iOS 11.

If you were hoping that the next version of Apple’s 4.7-inch iPhone was going to feature a dual-lens camera, you may be disappointed.

According to the latest investor note from well-informed KGI analyst Ming-Chi Kuo, Apple’s dual-camera system will remain exclusive to the larger “Plus” model next year.

“While an attractive addition for avid picture takers and professional photographers, the iPhone 7 Plus dual-camera is not a mass-market killer application yet,” Kuo says in the note seen by Apple Insider and 9to5Mac .

“Along with its high cost (estimated at over US$30-40) and the necessity for Apple to enhance the added value of high-end iPhone models, we expect only high-end new iPhone models (30-40% of them) to have a dual-camera next year.”

Apple’s iPhone 7 is water-resistant to a depth of one metre for up to 30 minutes – a rating known as IP67, which is the same as the Apple Watch .

It therefore makes sense that Apple would carry this through to the iPhone 8.

IP67 means it will survive a dip in the sink or down the loo, and it won’t break if you pour a drink over it, but you probably don’t want to take it swimming.