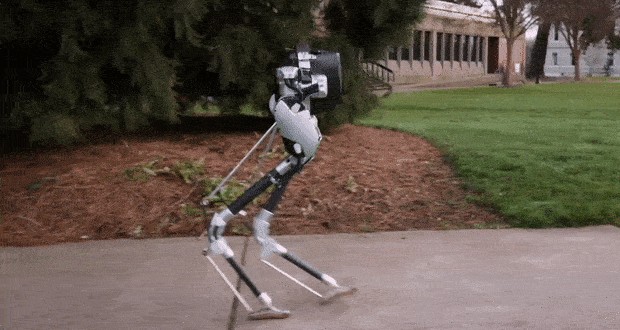 Cassie is a dynamic walker, meaning that it walks much more like humans do than most of the carefully plodding bipedal robots we’re used to seeing, Joinfo.com reports with reference to Spectrum.

This makes it better at handling the kind of diverse and complex terrain that we walk over all the time without even thinking, a talent that’s going to be mandatory for robots that want to tackle the different environments and situations that they’ll need to master to be actually useful around people.

In addition to search-and-rescue and disaster relief, Agility Robotics has one particular environment and situation in mind: They want Cassie to be scampering up your steps to deliver packages to your front door.

Cassie is just three months old in this video, which, if you consider the typical pace for teaching a bipedal robot that you designed from the ground up from scratch to walk without constantly falling over, is quite frankly astonishing. As you can see in the video, they’re not being shy with what they ask Cassie to do: It’s on dirt, it’s on grass, it’s balancing on a wobbly dock surrounded by an alarming amount of water, it’s even standing outside in the rain, which is an important feature for any robot that spends much time in Oregon.

And if Cassie looks a bit more like an ostrich than a human, it wasn’t because Agility Robotics was specifically trying for an ostrich-like robot: They don’t want to necessarily mimic the morphology of animals.

Agility Robotics intelligently designed Cassie to be agile, efficient, and robust, and this is the leg that they came up with.

Agility Robotics may be a new company, but it’s made up of the folks behind the ATRIAS robots at the University of Michigan, in Ann Arbor. Cassie is the next-generation robot that’s intended to take everything that was learned from the ATRIAS project and build it into a platform that’s both more capable and more practical. 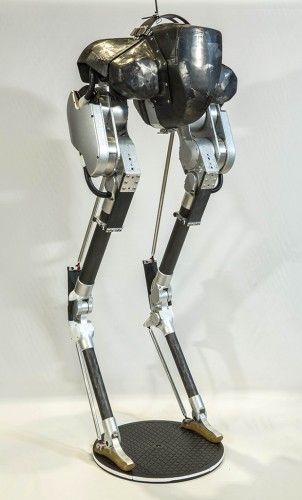 In addition to increased efficiency, Cassie has all kinds of other practical improvements over ATRIAS. It has a 3-degrees-of-freedom hip like humans do, allowing the robot to move its legs forward and backward, side to side, and also rotate them at the same time. This makes Cassie steerable in a way that ATRIAS wasn’t. It also has powered ankles, which it uses to stand in place without having to constantly move its feet the way ATRIAS does, and it has enough battery power to run some beefy on-board computers, meaning that integrated perception is now an option.

University of Michigan engineering professor Jessy Grizzle, who wrangles the ATRIAS robot named MARLO at the Dynamic Legged Locomotion Lab, is getting one of the first Cassie robots, and both he (and his students, who have the thankless job of making sure that MARLO doesn’t faceplant during their outdoor tests) are particularly excited about how durable Cassie is. “Cassie is tough,” Grizzle tells us. “It’s designed for the rough and tumble life of an experimental robot. In principle, we should not have to use a safety gantry of any kind. This will allow us to take the robot into wild places.” 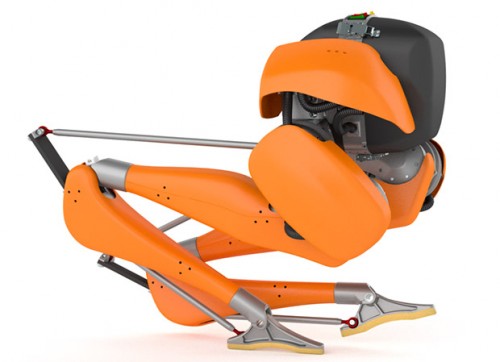 Hurst says that Cassie will soon be able to get up by itself after a fall, and they’re also working on VR-style telepresence. In terms of cost, Agility Robotics wouldn’t disclose specific numbers, saying only that their goal is to end up with sub-$100k robots.

The company says the initial Cassie production run is already completely sold out, but if you want one to play with, more will be available later in the summer. As far as using Cassie to deliver packages, it’s a compelling idea, and we can see the benefits: In a world where so much of our spaces are designed around bipedal mobility, a bipedal robot could become the easiest and most reliable platform to do anything practical. Cassie has some work to do before it’s ready to be hauling groceries up stairs for you, but we’re very much looking forward to watching this robot taking more steps toward robust and dynamic legged locomotion.